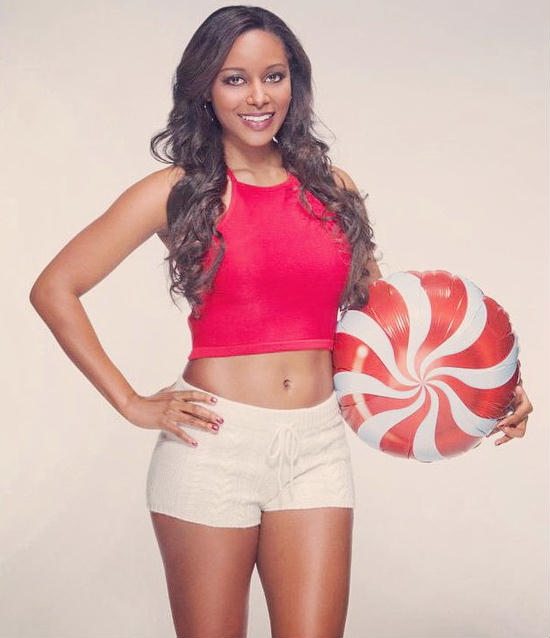 – We noted earlier in the week that WWE ring announcer Eden debuted her new “Eden’s Style” fashion show on WWE’s YouTube channel. She noted on her official website that two episodes have been filmed and the third will be filmed this week. She wrote:

“After so much pitching, and brainstorming and shooting, and re-shooting, and shooting again, and waiting and screaming into poor innocent pillows…I finally got approved for my OWN show on YouTube by WWE!

Eden’s Style is finally here. The name is cool because my WWE personas name is Eden Stiles, so we did a clever little play on words to bring you the one and only fashion oriented WWE show! I am the only fashion blogger working for WWE which is really cool. This is part of the reason I was allowed to have this show, so thank you all so much for reading these posts and keeping my numbers high every month! That sort of thing matters when you go out on a limb for endeavors as such.

Here’s what you can expect from me with Eden’s Style. I am going to be encompassing everything fashion. Everything from couture looks, to quick pick up finds. We will focus on the entire style spectrum which includes hair and make up, jewelry and accessories AND home! So yes, it’s possible you’ll get to take a look at some aspects of the Texas Rhodes House 🙂 What makes Eden’s Style unique is the fact that each week I’ll be involving a WWE Superstar or Diva in my quest to share style with you all. It should be plenty of fun!”

– Darren Young teamed up with the Miami Police and the LGBT Visitor Center of Miami to give Christmas presents to those in need. He posted these photos:

– The Rock really is the hardest-working man in entertainment as he has just announced a new project for his Seven Bucks Productions company. They are teaming with Athletes First and Left Right TV to produce a docu-series on the NFL Draft. Below are two teaser clips: