Dwayne Johnson on cover of Muscle and Fitness magazine 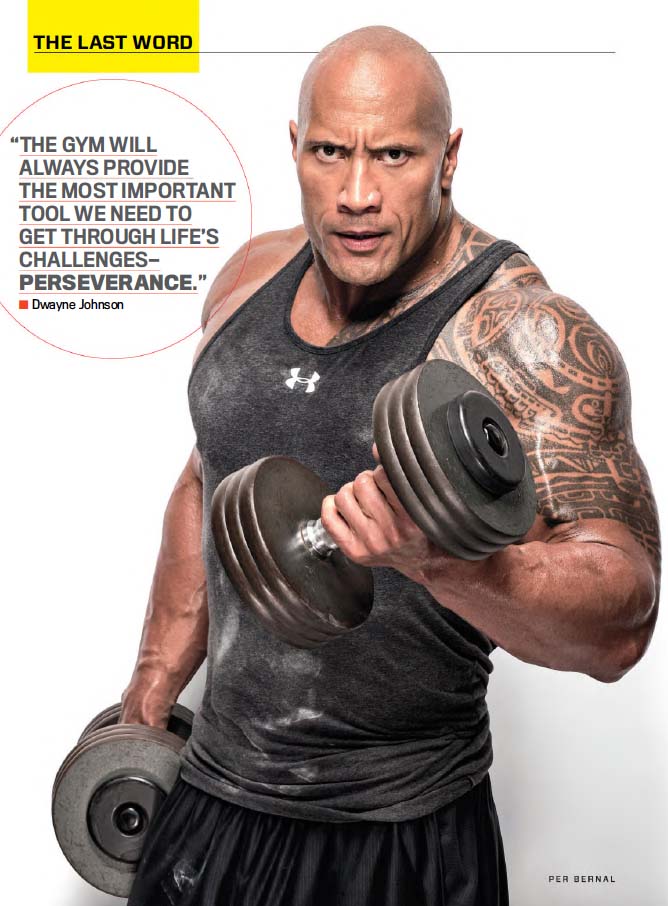 Dwayne “The Rock” Johnson is gracing the cover of the December 2015 edition of Muscle & Fitness Magazine, who named the former WWE champion as the Man of the Century. The magazine dedicated a massive 22 page spread with exclusive photos shot at a gym as well as a big interview. Johnson also penned the guest editor’s letter who said that during the lowest point of his life, this magazine was his rock. “After 75yrs of the iconic magazine’s existence, I was chosen by Muscle & Fitness to be their first ever Man of the Century. Truly an honor,” Johnson wrote in an earlier post on his Instagram. This is Johnson’s 7th cover on Muscle & Fitness, having previously appeared in June 2002, November 2003, March 2010, May 2013, March 2014, and September 2014. You can check out the whole pictorial and story as well as one page dedicated to WWE Superstar Cesaro who is also featured in the mag, at http://w-o.it/1IF0DmO .