RVD inducted in to the GERWECK.NET Hall of Fame 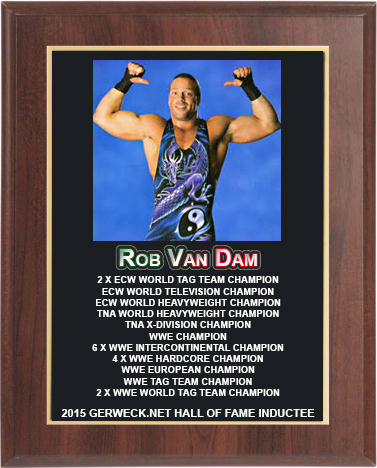 Congratulations to Rob Van Dam on being voted in to the GERWECK.NET Hall of Fame. Van Dam failed to reached the required 70% threshold in May 2011.