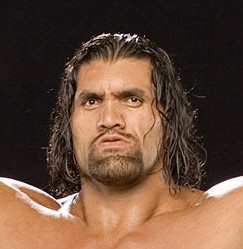 – Below is the updated promo for WWE Breaking Ground on the WWE Network, which premieres October 26th:

– The Great Khali is featured in this funny new commercial for the Ambuja Cement company in India. The video has gone viral in Khali’s country.

– We noted earlier via PWInsider that tonight’s announcement from ESPN and WWE will be for a new weekly recap segment to air on SportsCenter. There are now conflicting reports as F4Wonline.com reports that the announcement will be in regards to WrestleMania 32, likely that ESPN will be providing heavy coverage. We’ll keep you updated.