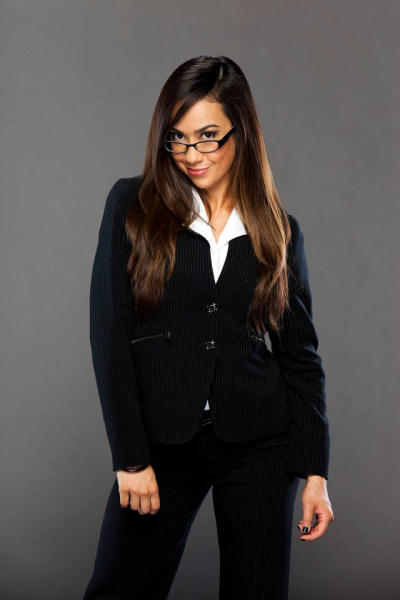 – Former WWE Diva AJ Lee has officially launched her new “AJ’s Animal Avenger” collection with the Beautiful Disaster clothing company. The collection features 4 t-shirts and 1 doggy t-shirt. Proceeds go to the “PAWS” charity in Chicago. You can see the collection at this link.

AJ reached out to Beautiful Disaster Clothing, a long-time favorite brand of hers, to collaborate on creating an exciting clothing line to benefit PAWS Chicago.

“Beautiful Disaster represents society’s misunderstood rebels – strong, brave women and men who have overcome adversity and shout their individuality from the rooftops.

Together, PAWS Chicago and Beautiful Disaster are the perfect match!” she said. PAWS Chicago is grateful for the partnership, which will directly help save the lives of homeless pets.

“This past February, I was home healing from a surgery and was struggling to keep a positive attitude. I needed a purpose greater than throwing a daily pity party for myself,” said Brooks. “I’ve been a rescue dog mom several times and occasionally found comfort in scrolling through pictures of animals on various adoption center websites, just to fantasize about adding to the family. Then I found my guy on pawschicago.org.”

She continues, “The second I saw his face, pointy bat-like ears, soulful eyes, pronounced under bite, hilariously messy hair, with a bit of an attitude problem to boot – I knew I had found the one. I excitedly showed my husband [UFC Fighter, CM Punk] and he immediately fell in love. We both had a deep connection to this mutty misfit. A few days later the little Wolfman, we named Larry Talbot, was a member of the family and helped nurse me back to health. Our little guy has endured such a hard past but is nothing but gracious and loving. He has brought so much happiness into our home that I wanted to find a way to give back to the amazing people who took care of our furry baby before we could.”