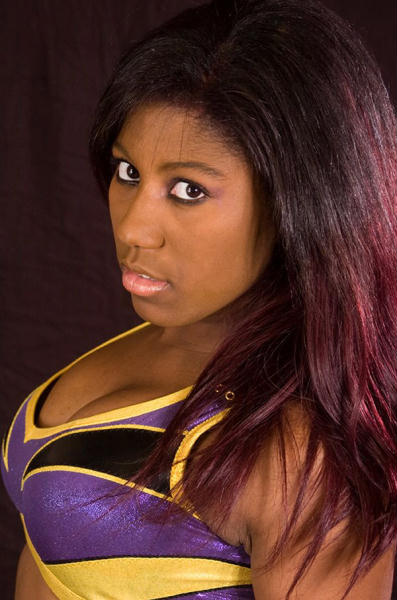 – We noted over the weekend that Sami Zayn had fans talking after tweeting, “This train is bound for glory.” Zayn explained the tweet with this comment:

"Bound For Glory" is a film about the life of Woody Guthrie. It was a Dusty Rhodes recommendation. He is missed dearly. #HappyBirthdayDusty

– As noted, top indie women’s wrestler Athena (pictured above) made her WWE debut at a NXT live event in Winter Haven, Florida on Saturday. She teamed with Gionna Daddio but lost to Peyton Royce and Alexa Bliss. She tweeted the following on her debut:

Thank you everyone for the amazing feedback on my debut @wwenxt !! Its been truly amazing! I won't disappoint #NxtStrong #MakeArtOutOfWar

Flash Sale – Select T-Shirts Only $15 Today Only at WWEShop.com!