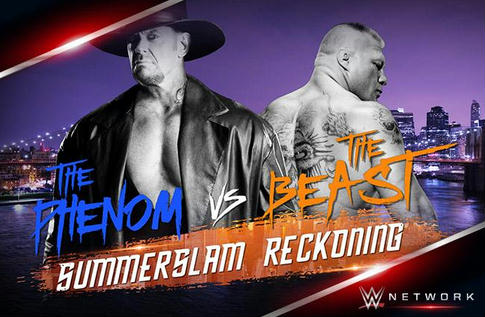 – We’ve noted how Brock Lesnar vs. The Undertaker was originally planned for WrestleMania 32 next year but plans changed and the feud is ending at Hell In a Cell next month. With Lesnar’s limited dates being laid out in advance to allow him time to plan around them, his only scheduled date for October was the October 3rd live WWE Network special from Madison Square Garden.

It could be assumed WWE went with the hotshot booking for Taker and Lesnar to boost the next WWE Network subscriber count but Hell In a Cell won’t be included in that announcement as the period ends September 30th.

According to The Wrestling Observer Newsletter, Vince McMahon reportedly made the decision to end the Lesnar vs. Taker program at Hell In a Cell instead of WrestleMania because he feels it’s time to end the feud and move both characters in new directions. With that said, there’s still no word yet on who either man will be facing at WrestleMania 32 but it’s been reported Lesnar will not be going up against The Rock or Steve Austin.