Racist Comments By Another WWE NXT Diva from Years Ago Uncovered 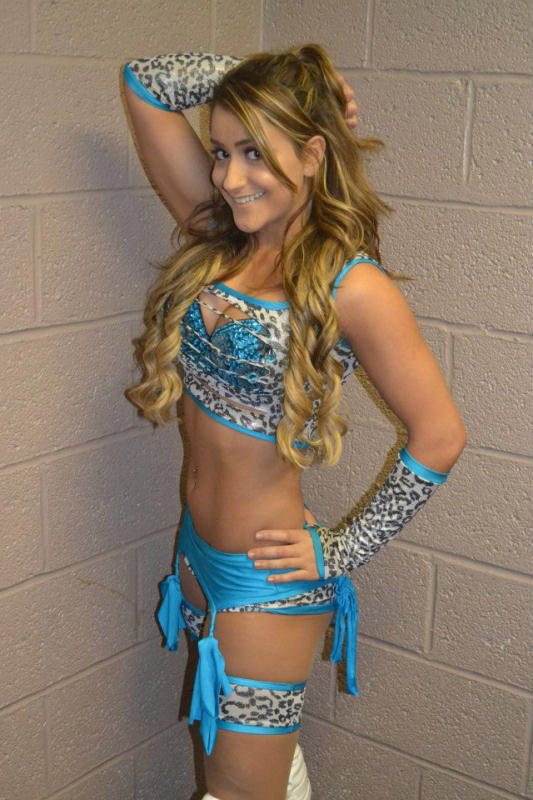 – It looks like another WWE NXT Diva is in social media trouble just one week after NXT Diva Zahra Schreiber was released due to offense comments she made years ago.

On Tuesday night, racist comments that 20-year-old NXT Diva Nhooph Al-Areebi, who is from Toronto and was signed back in April after a few years of work on the indies, allegedly posted on her Twitter account years ago surfaced on Reddit. In one of her tweets, dated February 11th, 2012, then then 17 year old quoted a tweet reading “Ugh…f**king n**gers…that’s why I chose white folk. Hmph” and wrote “word.”

On September 22nd, 2011 when she was 16, Al-Areebi made a tweet where she wrote “nigha lips” to a user. Al-Areebi had posted a photo on Instagram last year of herself and a black male wrestler where she referred to him as her slave. “My slave Preston Myles needs to stop acting like I weigh 200 lbs!” she wrote in the summer of 2014. “Someone buy me a whip plz!”

In a separate Instagram post, which is still online, she wrote “And @prestonmyles is so black you can’t see him.” Shortly after the posts began circulating online, Al-Areebi deactivated her Twitter account and removed the first Instagram photo. Screenshots of the posts are below: