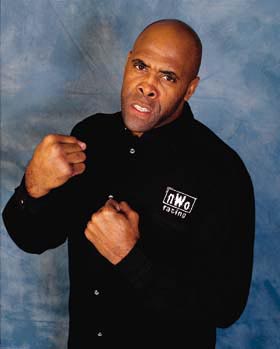 – Former WWE and WCW star Virgil has apparently launched a GoFundMe campaign asking fans to help make him become The $1,000,000 Man. As of this writing, 6 people have donated $30 in 17 days. The campaign has a goal of $1 million.

“Remember me? I am Mike Jones AKA Wrestling Superstar Virgil. I am the real deal. I have been around the world 30 times and my life has always been about the hustle. I started out in the old WWF as the bodyguard of the Million Dollar Man Ted Dibiase and said to myself now it is now MY TIME to be the Millionaire. If you have watched wrestling than you know who I am. I will inspire you that million dollar dreams can come true. Show your love for your favorite wrestler ever by giving me $1, $10, $100, shit $1000 and make me a MILLIONAIRE. You could make this happen and I will forever be grateful. Everyday I hustle and now I am trying to show the world that this dog can be taught new tricks!”