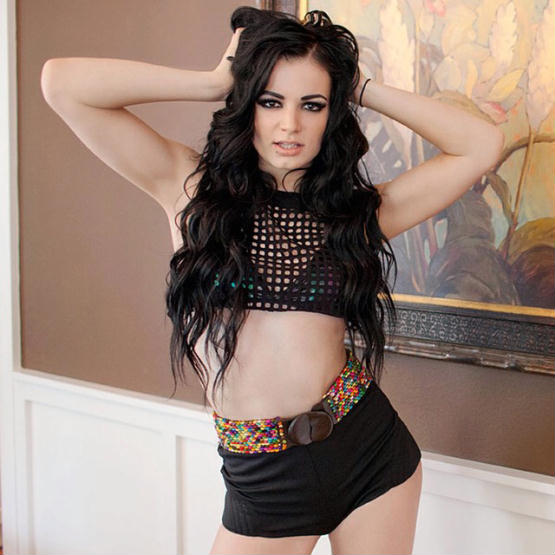 – BizJournals.com recently spoke with Paige and Hulk Hogan to promote the return of WWE Tough Enough. The full article can be found at this link. Below are some highlights:

What are three business lessons you learned in your career?

Paige: That’s what I got told as soon as I got [in the entertainment industry], because you could be gone tomorrow and you don’t want to be completely screwed. Also, stay humble and hungry.

What has been the biggest accomplishment in your career?

Hogan: My biggest accomplishment is staying relevant for 35 years because a lot of guys will be in this business for five years, 10 years, 20 years, but I had a really great run and had to stay relevant. I changed characters a few times and did reality TV and a bunch of different TV series. I never dreamed at 61 years young that I would still be here.

Paige: Getting signed to the WWE was the biggest accomplishment I could do and also being at such a young age and being the WWE Diva’s champion was big.

What is the biggest business challenge you’ve faced and what did you learn from it?

Hogan: Making the transition from actually wrestling to trying to figure out how to generate revenue without physically getting in the ring. I had to figure out how to use my brand and exploit the 35 years of goodwill with the world and turn that into a money making machine. Once you wrestle main events for 30 years and all of a sudden it’s taken away from you because physically you can’t do it, reality sets in and you have to figure out how to reinvent yourself. I made that transition out of survival. I went through a crazy divorce, I had a huge $60 million civil suite from an accident and my body shut down on me for two years — I had nine back surgeries. I had to figure out how to take the brand, make it work and do stuff I wasn’t used to doing such as open other businesses and other ventures.

Paige: This goes back to the saving money plan. The first year and a half that I was here, I thought “man, I have money. What should I do with it? Save it? No.” I would buy stuff immediately, but I got into a lot of trouble. I had to get surgery, I got into a car accident and someone took all of the money I had in my bank account and all of it came at once and I fell into debt. After that, I learned that I needed to be very smart with my money.