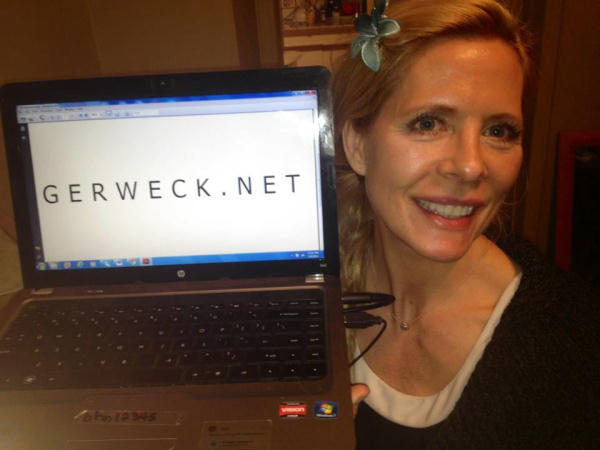 Diana Hart Smith, the wife of the late Davey Boy, sister of Bret and Owen, and mother of Harry, appeared on IN THE ROOM with Brady Hicks, The Stro (former WCW wrestler), Kathie Fitz, Derrick McDonald, and Ray Bogusz this past Tuesday, June 9, 2015. This show can be downloaded at both vocnation.com and thebradyhicks.com.

Check it out as Diana talks her new book “Cauliflower Heart,” Davey’s own thoughts on never winning the WWE title, legendary Owen and Davey ribs (especially involving Lex Luger), comparing Harry to his father, and wrestling being “fake.” Plus, lots of talk about Hart family tragedies, the staff infection that almost killed Davey before SummerSlam ’92, and more. Here are some highlights from the interview:

Owen in the WWE Hall of Fame:
I sure hope [Owen goes in]. I think the fans deserve it because they loved Owen. I know Martha [Hart] and her family have their reasons, but the ones who suffer in all of this are the fans. Regardless of Martha’s animosity for the WWE … With WWE putting Owen in the Hall of Fame, I don’t think they’re trying to disrespect Martha. I think that they’re trying to do the right thing. Martha has her feelings and – like all of us – we’re heartbroken when we lost Owen. We all did lose Owen. Not just one person or one family. We all lost Owen. I know it means a lot to the Owen Hart fans … I know Martha has her reasons [but] I really don’t know what the holdup is … I don’t think it’s tit-for-tat, I believe it’s a lot more complex than that … It has to be a melting on both sides. For a long time, I thought it was one side holding back and not the other, but I think that both sides need to work it out and do it for Owen’s fans. But I understand Martha’s position on it. There are things that need to be addressed before she’s ready to give it her blessing.

On The Bret-Davey IC Match Main-Eventing SummerSlam:
I think a lot of people were mad, not at all Vince McMahon or the people promoting the show. I thinks some of the wrestlers were mad that the Intercontinental belt was being showcased as the main event. I will go to my grave saying that … the main event was Davey and Bret. That’s why they put them as the main event. And part of the reason they broke the record … of selling over 80,000 seats in less than 11 hours was Davey and Bret … I think if you did a poll or a survey [asking] who are your favorites in 1992 at that time, it’s not Ric Flair, it wasn’t Curt Hennig, it wasn’t The Ultimate Warrior, it wasn’t the Legion of Doom … it was perfectly right to have Bret and Davey as the main event for that show. Even though it wasn’t a world championship match.

On Wrestling Dominating Her Life:
It’s overwhelming when I’m not in wrestling. I’m a part of it in pretty much every exponent you could think. I’m a daughter of it, a sister, a wife, a mother, and I do a little bit of it myself. I didn’t wrestle [but] I … did the managing with Davey and Owen … I pretty well covered every aspect of it … I was really involved in it, and now I’m overwhelmed by what is the real world for other people. Sometimes I feel like I … can’t do anything outside of wrestling. I struggle with what is considered the normal life, trying to work a 9-to-5 job, work in an office, I just feel like I’m so far out of my element.

IN THE ROOM airs live, weekly, Tuesday nights at 9 PM ET on the VOC Nation Radio Network (vocnation.com / thebradyhicks.com). Join Brady Hicks (Pro Wrestling Illustrated contributing writer), as well as The Stro (WCW’s Maestro), Kathie Fitz, Ray Bogusz (former Bleacher Report editor), and Derrick McDonald as they run down all that’s going on in wrestling, and sit down with some of wrestling’s top stars.