Female grappler reacts to being passed up for Tough Enough 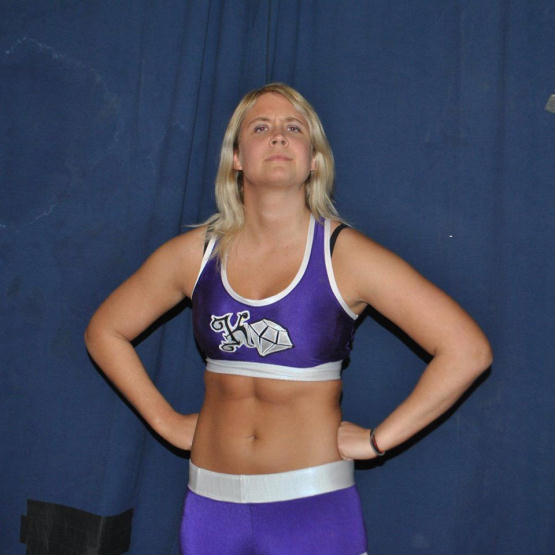 When I was first told I should apply for Tough Enough I thought to myself, why? So I can look like every other desperate mark out there? Lots of people who claim to be in the know were talking about how it was nothing but a work and everyone had already been cast anyways. I thought some more and debated in my mind, and with the encouragement of another friend who was also going to apply, I decided to go for it.

I thought there’s no way I’d ever get cast, they wouldn’t consider me for a nano second, they won’t even watch it. So if I’m going to do this, it’s going to be done right. I’m going to be 100% myself and rather then just tell them who I am and how awesome I think I am and how accomplished a wrestler I am, I want to try a different approach because everybody did that. EVERYBODY. So I pointed out imperfections and flaws about myself, almost to the point that it seemed like I was mocking them and the way that they look for their talent. I pushed the shit out of it on social media to the best of my ability for a short while, and I got a tremendous response from all of my friends and fans online.

Maybe you’re wondering why I didn’t push it harder, or why I stopped doing it so relatively quickly. I was at a friends place and my phone rings, with a 310 area code. I know from listening to gangster rap that 310 is an LA area code. Also just a few days before I had met up with a friend who is from LA, and even though I knew she wasn’t using her phone in Canada I thought maybe it was something really urgent. It had to be Serena, who else would it be? It was what I like to refer to as “The Call” anyone who’s had one before knows the feeling I can’t quite describe. It was the casting producer for Tough Enough, calling me to let me know they wanted to do a skype interview with me. HOLY SHIT. Me? Was this some kind of mistake? I don’t know how many thousands of people applied but I know there were so many. I was just shocked. I think I screamed in such a high pitched shriek that it caused some serious harm to Inez’s ear drum.

After filling out another detailed questionnaire, reading the very specific skype interview instructions and reading, and e-signing a release and waiver I was all set to go. The interview from what I can tell went very well, and I was told if I was selected to go to Florida that they would notify me. So for a month, I really got my shit together. Stopped partying, cleaned up my diet, and was at the gym twice a day every single day. I felt exhausted but I looked awesome and I couldn’t not be ready. The deadline came and went, I did not hear back from them, so I will not be going to Florida, and I will not be apart of Tough Enough this year.

Truthfully I wasn’t expecting them to cast me. Only five girls will make it to TV so I knew the chances were slim. It looks like that friend of mine who originally encouraged me to apply has been contacted. I’m refraining from giving her name because I know how very top secret WWE wants everything kept. I just want to say that I couldn’t be happier for her, and thank her for being supportive of me and encouraging me to go for it in the first place.I hope that you are selected and I hope you kill it! All this proves is that you never know what they are looking for, and you never know what could happen unless you just TRY!

So the moral of the story is, to anyone who told me I was wasting my time, and that it was all a big work, etc. You’re wrong. I’m right. The jokes on you. The end.