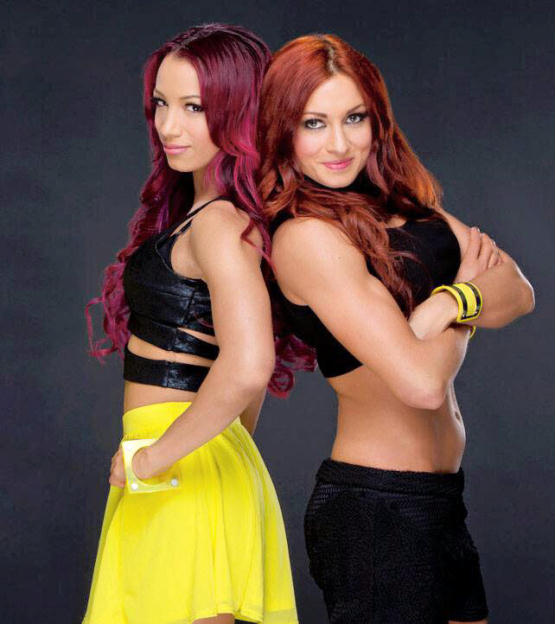 – WWE’s website has a new interview with Becky Lynch, Charlotte, Bayley and NXT Women’s Champion Sasha Banks on how they’re changing women’s wrestling. The interview was done before the recent NXT live event in Philadelphia and refers to the women as the ‘The Four Horsewomen’ of NXT. Below are a few highlights:

Charlotte on main eventing with Sasha:

You know the phrase, “Be the hardest worker in the room”? That’s hard with the NXT women’s division, because I can honestly say every girl is the hardest worker in the room. This sounds corny, but if you think of destiny, we’re all here together. Triple H hired Sara Del Rey, and then all of us got hired together at the same time. Considering the chemistry and how much we all want this together and work well together, it’s perfect timing. I don’t know, I get goosebumps just thinking about it.

Bayley on Triple H believing in them:

To all four of us, right before we went out. And at the first show in Columbus, Ohio, that was our first NXT show outside Florida, and he had everyone together, all the Superstars and Divas. He said, “We’re gonna show everyone why NXT is so special.” And he said, “We’re gonna show everyone why we’re revolutionizing women’s wrestling.” And for him to say that in front of everybody in the meeting right before one of the biggest shows we’ve ever had is like, “Man, he believes in us.” Individually, he just shows so much interest in each person. Each woman.

Same. Nine years ago, I stopped wrestling because this wasn’t a possibility. There were never girls like Bayley or Sasha or Charlotte. It’s funny, because I was saying this the other day: I walked down the hallway in the Performance Center and there are all the pay-per-view posters all along the walls, right? And on all of them, every single one, there’s not one single female wrestler. Stephanie McMahon was on one of them, but you’ve got Randy Orton, you’ve got Sheamus, you’ve got Bray Wyatt, you’ve got everybody but you don’t have any women. And I know, I know, in five years when I walk down that hall I’m going to see Bayley; I’m going to see Sasha; I’m going to see Charlotte. Hopefully I’ll see myself, too, but I know I’m going to see them, and it’s not just because they’re good for girls. They’re just good. Just really good, and we’re just changing —

When I was in the indies, the guys would be like, “Ugh, a women’s match. I’m not gonna watch that.” And to come back here, at every single Live Event to have a guy come up to you and say, “That was amazing,” I feel so accomplished. That was always my goal, to have a guy come up to me and go, “That was frickin’ good. I have to follow that?” And I’m like, “Yeah, you do, dude.” It’s such a good feeling. And girls just keep doing it, you know?