Kane on the Current Incarnation of His Character, What He Would Say to Isaac Yankem of 1995, More 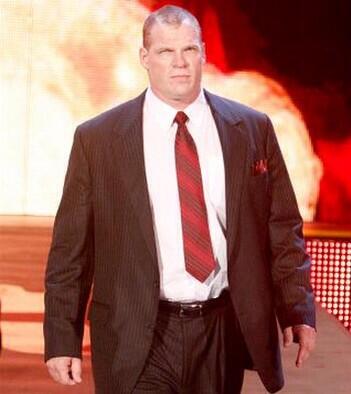 – Newsday’s Alfonso Castillo recently spoke with Kane to promote the final WWE live event at the Nassau Coliseum. The full article can be found at this link. Below are highlights:

If he could imagine in 1995 that 20 year later he would still be with WWE and featured prominently:

K: I’m so close to it, but when I take a step back, yeah. I’m not sure what the average career span of a WWE superstar is, but I’ve exceeded that by a long way. Early on, I had some rough times, but I was able to overcome that and, as you said, be on top or close to the top for 17 years to this point. It’s pretty cool when I take a step back and think about it.

K: I would tell him that he needs to have some confidence, because he could actually do it. I think that’s true of a lot of young guys. I was so star-struck that it was a really difficult transition for me. I would also tell him, as well as the Kane of 1997, to enjoy things, because the time does go by so quickly. When I think about it, 20 years really seems like a blink of an eye sometimes. I wish I would have made a more concerted effort to enjoy things along the way. You get to a level like that and you get so caught up in things, and then twenty years is over and it’s like, “Wow. Where did all that time go?”

If he’s glad he can shed some of the character and be himself with the current incarnation of Kane:

Yes, I am. And I realize a lot of people aren’t particularly fond of this character, because they want to see the masked Kane. Some people even say, “You ruined the character.”A I don’t think that’s true by any stretch of the imagination. I think what it’s done is add another layer of depth to the character. And the secret to longevity is the ability to reinvent yourself, and do different things. We’ve seen that with the Undertaker. We’ve seen that with Shawn Michaels, Triple H. Anyone who’s been in the WWE for an extended period of time has to be able to do different things. Eventually, a character gimmick is going to get old and stale. And, when it does, if that’s all you can do, you’e done. So I’m very proud of the fact that I can do different things. I’ve gone from a character that never spoke to a guy who goes out every week and is in the middle of big promo segments.