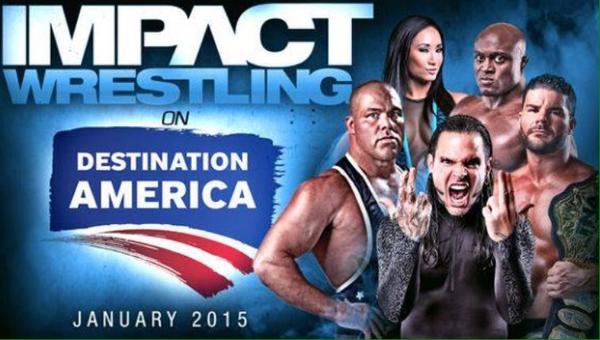 – TNA officials have reportedly sent a e-mail to all talents saying the reports of Destination America dropping TNA programming are defamatory and detrimental to TNA’s business, adding that the company will be seeking legal action.

Regarding TNA programming being dropped, F4Wonline.com reports that the term being used internally at the Discovery Network, Destination America’s parent company, is “not renewing.”

TNA talents were previously told that officials will be addressing the rumors at the next set of tapings in late June.