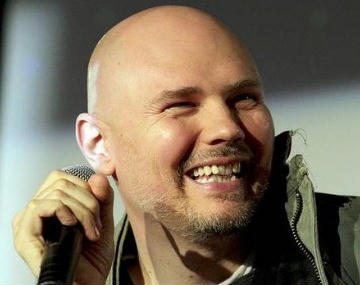 – Corgan will be attending the upcoming Impact tapings, May 8-11th
– Corgan feels TNA needs a developmental system
– Corgan wants wrestlers to create a TNA style, which can be seen when wrestlers work independently
– Corgan praised the work of Jeff Hardy, being a valuable member of the TNA roster. He has conversations with Hardy over the years regarding both wrestling and his music
– He has a relationship with Dixie Carter over the past six or seven years. He had previously pitched an idea about working together with Resistance Pro Wrestling
– Dixie offered him the creative job, he flew to Nashville, and started attending the creative meetings
– He praised Rockstar Spud (putting over his promo work) and Drew Galloway.
– Corgan feels wrestling is moving away from the PPV market
– Corgan talked about watching wrestling as a kid including watching the greats like Verne Gagne and Dick The Bruiser
– Corgan would love to work in the developmental department
– He will have a say in hiring and firings, but its still Dixie’s call
– Corgan said he is old school, building from size down. He puts over the work of Abyss a big man
– Corgan talked about the right piece of music being important for wrestler’s entrance music
– Corgan said wrestling is still missing out on the use of social media
– He said he is spending about 60 hours a week with TNA
– Corgan said they must find story lines that will resonate with TNA fans
– Corgan talks about working with Dixie Carter, and he vision for the company
– He said the company needs to take chances
– Corgan said a wrestler should never say he is going to kill his foe
– He said he wouldn’t have accepted the position if his ideas weren’t taken seriously
– Corgan feels his ideas/input have been well received thus far
– He used to wrestling politics
– Corgan doesn’t envision himself as being a TV character at this point
– Corgan said he didn’t take the job to make it all about himself. His goal to help get the talent over
– He said he hasn’t experienced any obstacles thus far
– Corgan would like to see TNA tap into WWE’s success with NXT
– Corgan said he has been green lighted to bring in talent, and will bring in wrestlers to work dark matches
– Corgan talked about Jay Bradley, as he has worked with Resistance Pro. He felt Bradley was getting over in TNA, and is a great talent
– He said he sees about six to eight guys that can make an impact in TNA. He stated the same on Chris Jericho’s podcast.
– He said TNA is the major leagues, and is excited for this opportunity
– He said he will try to juggle his schedule to be at Slammiversary