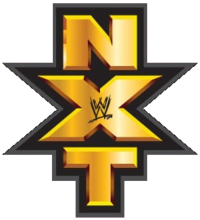 Bayley comes down to a great reaction and puts over the success of NXT. She is interrupted by Tyler Breeze, who says everyone is there to see him and demands Bayley leave the ring. Bayley says “you’re not the boss of me”, and the Boss herself Sasha Banks makes her way down. The heels trash talk her and Bayley wants a title match, but Sasha refuses and tells her to go find a partner for a mixed tag match.

(4) Marcus Louis def. Bull Dempsey. Louis used a thumb to the eyes and a roll-up with his feet on the ropes to win, and Dempsey responded by destroying him with two flying headbutts and two top rope Bonzai Drops.

NXT Champion Kevin Owens comes down and has an “important announcement” regarding his title. He yells at a guy in the audience wearing a Finn Balor shirt, and gives him a 10-count to go buy a K.O. shirt or he’s leaving. The guy actually leaves to go buy one. He does the same with a kid wearing a Balor shirt, and the kid leaves. Another guy has a Baron Corbin shirt, and Owens gives him a 10-count but the guy won’t budge. The champ holds to his promise, and walks out of the ring and to the back. Kevin pushing t-shirt sales, just like a true Young Buck.

It’s time of the main event, as Breeze and Banks make their way out first. Next up is Bayley, who introduces her partner…SAMI ZAYN! The place goes nuts for Sami, who rushes the ring wearing a Bayley shirt.

(8) Sami Zayn & Bayley def. Tyler Breeze & Sasha Banks. There was some speculation early that WWE was doing the tag thing to give Zayn time to ease back into it, but he showed no signs of slowing down in this match, pulling out all the stops.