WWE Hall of Famer Praises Alundra Blayze’s Speech, Wants to Make 2015 The Year of The Woman 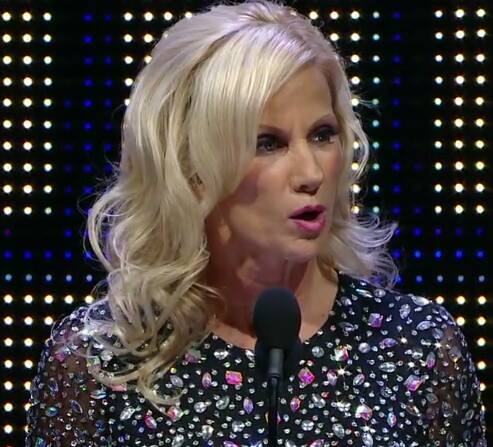 – WWE Hall of Famer Mick Foley wrote the following on his Facebook page:

THE YEAR OF THE WOMAN!

I’m never going to call Madusa “Alundra Blayze” – even if that’s the name she went into the ‪‎WWE‬ Hall of Fame as. She’s Madusa to me – always has been, always will be. Even as she was giving her acceptance speech as Aluandra Blayze, I found myself talking about her as Madusa as her speech sunk in, and it slowly dawned on me just how important her words were. I went from saying “I don’t know about this Madusa speech” and “Madusa’s being a little confrontational here” to “Madusa’s making some good points” to “way to go Madausa” to “wow, Madusa just gave one of the best speeches I’ve ever heard.”

Ten days after the fact, I not only feel as if Madusa gave one of the best speeches, but one of the most important as well. Hopefully, at this point, some of you out there are jumping to my defense, saying “but what about your Hall of Fame speech Mick?” I know alot of you enjoyed my speech two years ago, and I enjoyed giving it. Over the years, I’ve enjoyed a great number of HOF speeches, from Bret Hart’s to Ric Flair’s to Jake Roberts to Butch and Luke….whoa, yay! But for me, like so many others, the Hall of Fame speech was about finding closure, expressing appreciation, and entertaining.

Madusa’s did more. From my perspective, she did find closure – urging some WWE loyalists and old-schoolers who hadn’t quite forgiven her for dumping the WWE Women’s title in the trash (yeah, I’m including myself in that group) to let go of the past, while simultaneously opening up a can of figurative whoop-ass and challenging its future. For me, the speech was a landmark event – a turning point from which the term “Diva” suddenly seemed worn and a little insulting. “Diva” was a great marketing idea that feels in 2015, like its outlived its usefulness.

Perhaps Madusa can be their GM.