– Rob Van Dam posted the following promo for his website re-design with appearances from Jeff Hardy, Chris Masters and others:

– As noted, Lana and Edge recently wrapped filming on WWE Studios’ Interrogation in just 15 days. The movie focuses on a brilliant interrogator called in to question a prime suspect as a bomb is set to go off in Las Vegas. We now know that Edge plays the role of the interrogator and Lana plays the role of a genius computer hacker but we don’t know if Lana is on Edge’s side yet.

– Bo Dallas is back to posting his inspirational memes on Twitter, which could be a sign that he’s returning to a full time role on WWE TV. He posted the following today:

– Below is the cover art for The Iron Sheik’s upcoming autobiography. “Iron Sheik: Listen Jabroni!” will be released on October 13th: 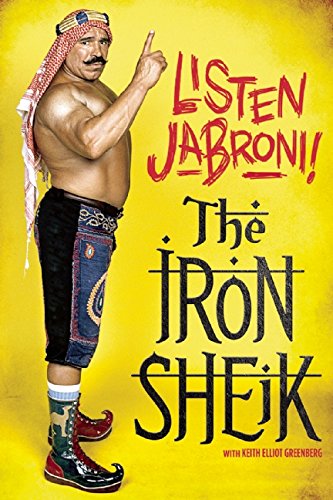