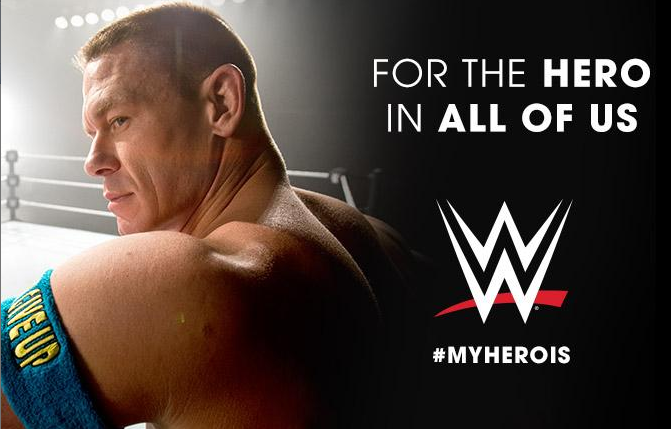 New Multi-Platform Opportunities for Advertisers to Integrate with WWE

NEW YORK and STAMFORD, CONN – March 23, 2015 – NBCUniversal and WWE today unveiled a comprehensive brand campaign, “For The Hero In All of Us,” that will air across NBCUniversal’s expansive network of two broadcast networks, 17 cable channels and more than 50 digital properties in addition to all of WWE’s platforms. In conjunction, NBCUniversal and WWE will engage consumers through #MyHeroIs inviting fans to name their favorite WWE Superstars and share personal and inspirational stories of heroism.

In addition, advertisers can work with NBCUniversal and WWE in new ways to tap into the scale and reach of WWE’s multimedia platforms, which all deliver a TV-PG family-centric, multigenerational and multicultural audience. As part of the suite of NBCUniversal and WWE assets offered together for the first time, the companies have created bigger, more immersive opportunities than ever before for advertisers, including multiplatform, customized and turnkey initiatives around marquee tentpole events. Advertisers will also have unprecedented access to WWE Superstars and Divas for the creation of custom on-air campaigns, in-show integrations and social campaigns.

“WWE is one of the biggest, family-friendly, year-round programming opportunities on TV,” said Dan Lovinger, Executive Vice President, Advertising Sales, NBCUniversal. “We wanted to bring all of WWE’s brands, properties and platforms together so advertisers can more easily benefit from the massive and passionate audiences its live entertainment attracts. Our teams are excited to develop unique marketing campaigns for our partners in conjunction with the WWE.”

“Our new campaign illustrates all that is great about the WWE brand from our charismatic and athletic Superstars to our multigenerational and multicultural audience, and our commitment to giving back,” said Michelle Wilson, WWE Chief Revenue & Marketing Officer. “In partnership with NBCUniversal, we now have unprecedented opportunities for advertisers to engage our fans and Superstars while leveraging all of our platforms, including television, live events, digital and social media.”

Four key, tentpole marketing opportunities have been created for advertisers to take advantage of by utilizing WWE’s powerful engagement at scale:

• “The Road To WrestleMania” – a 32-day build up to the Super Bowl of sports entertainment.

• “The Slammy Awards” – an amped up version of WWE’s annual awards show that moves to first quarter in the heart of the red carpet season.

• “Champions of Fatherhood” – a special series which turns the spotlight on America’s unsung heroes.

• “Heroes of Tomorrow” – a way to highlight WWE’s legion of young fans.