The Midnight Express inducted into the GERWECK.NET Hall of Fame; Eaton responds 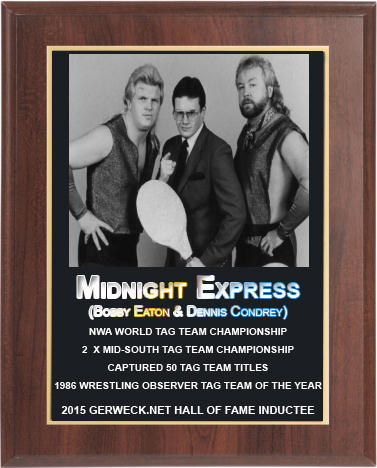 Should The Midnight Express (Dennis Condrey & Bobby Eaton) be inducted into the GERWECK.NET Hall of Fame?

As a result, The Midnight Express the newest members of the GERWECK.NET Hall of Fame!

I appreciate Gerweck.net for honoring Dennis and myself. We had a great run that truly was the first super push of my career. I am forever grateful for his friendship and partnership. I also am honored by this award as it comes from one of the most respected wrestling website entities. Thank you again.