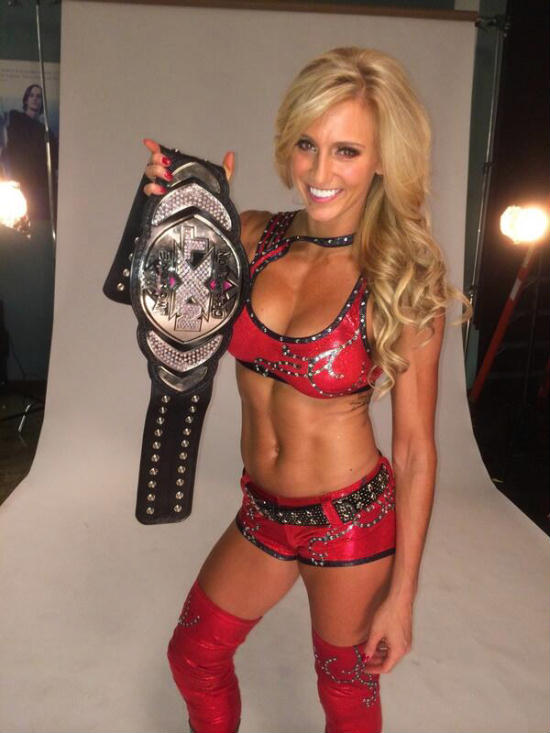 – Women’s Wrestling In The Main Event

Can a female wrestler headline a WWE pay-per-view event? Former NXT women’s champion Charlotte believes it can happen, as she stated in an interview with the Gorilla Position podcast, “I know one day I will main event a pay-per-view. It might not be WrestleMania, but it will be a pay-per-view.” The idealist in me says it can and should happen, but WWE isn’t currently at a creative junction where they can make this a reality.

Charlotte deserves a lot credit for stepping up and publicly setting this goal. Women’s sports in general has a distinction of being second rate due to a gender bias that is ingrained in our culture. If you get tickets to an L.A. Sparks game, you’re checking out women’s basketball. If you go a Boston Celtics game, you’re simply enjoying a basketball game with no designation attached.

Women’s wrestling used to be a side show attraction but, in the last seventeen years, its importance has increased to a marginal degree. Trish Stratus and Lita weren’t just easy on the eyes. They were wrestlers that took pride in their craft and put on the kind of matches that men and women got behind.

The Internet Wrestling Community (IWC) was in an uproar during the 2006 Survivor Series when Lita was humiliated on her last night in the company as Cryme Tyme auctioned off some of her personal items to the crowd and dubbed it a “Ho Sale.”

Wrestlers generally lose, get embarrassed, or both, on the way out, and Lita was no different. However, fans felt she had earned the right to leave with more dignity. This speaks to not just men or women, but how people had such a reverence for her as a performer.

This could happen again and to even a larger degree if WWE were to portray their female wrestlers as something special instead of a throw away segment to appease a particular demographic. Unfortunately, they have a hard enough time getting any of their talent over these days.

We all remember the way they botched Charlotte’s debut on Raw back in December. They didn’t have her do anything athletic, (which she always does in WWE’s developmental system, NXT) instead, they made her wrestle like her father Ric Flair, throwing chops and applying the figure four leg lock (which is something she has never done), and they booked her to lose in a promotional effort to encourage people to watch the NXT event that took place three days later.

Natalya, Paige, and Naomi are talented performers who each bring something different to the table. Brie and Nikki Bella are simply models who know a few wrestling moves, but because they have that Victoria Secrets vibe about them, they are face of the Diva’s division. I don’t begrudge them for being beautiful women, but pushing style over substance in this particular case will always lead people to make the “piss break match” comments whenever they are on television.

Depending on who you talk to, the Fatal Four Way match at NXT Takeover stole the show. Charlotte, Becky Lynch, Bayley, and Sasha Banks deserve all of the accolades they’re receiving for their performance. This wasn’t a five minute affair where the conflict stems from making fun of someone’s skin tone. This was a highly contested and entertaining affair where the competitors, all with their individual story, was woven into a narrative surrounding the same goal…the Women’s Championship.

WWE has a real opportunity to do something unique with the Diva’s division. Their current roster, along with the NXT talent waiting in the wings, could make for some exciting television. I’m surprised there hasn’t been more of a pronounced women’s presence with Stephanie McMahon being the head of creative. This isn’t an initiative that can work on its own accord. It requires the right woman at the right time. UFC found that in Ronda Rousey who is arguably their biggest star and has Hollywood clamoring for a piece of the “Rowdy” one.

At the end of the day, fighting is fighting, soccer is soccer, and wrestling is wrestling…until women are involved. Then it’s labeled as such in order to qualify it’s meager prestige. Women are world leaders, captains of industry, bestselling authors, reputable doctors and stars of movies and television such as Kerry Washington in the hit ABC show, Scandal. If that is the norm, then there is absolutely no reason why the same can’t happen in fake fighting. Charlotte is a good candidate to make this a reality. She has a tremendous upside and the business is in her blood.