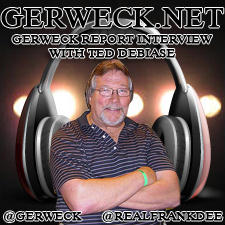 In this very special edition of the Gerweck Report podcast, Steve Gerweck and Frank Dee talked to WWE hall of famer “The Million Dollar Man” Ted DiBiase. Topics discussed include:

– Never winning the WWF championship
– Politics in wrestling
– The development of the Million Dollar Man character
– Working with and against Virgil, and his thoughts on Mike Jones today
– Tagging with Stan Hansen, Mike Rotunda, and Dr. Death Steve Williams
– The debut of The Undertaker, and his future
– The decision to end Undertaker’s Wrestlemania streak
– The truth behind Ted DiBiase Jr.’s departure from WWE
– Becoming a grandpa
– WWE’s drug test policy
– Did he bury the hatchet with The Ultimate Warrior?
– The anniversary of the passing of Curt Hennig
– Randy Savage finally going into the WWE hall of fame
– Does he regret his decision to jump to WCW?
– Wrestling become a totally different business
– Today’s wrestling product and the WWE Network
– Steve Austin’s ring master gimmick
– Would he ever go back to WWE?
– Why he didn’t enjoy working behind the scenes in WWE
– The 2016 presidential election
– and more!

The Gerweck Report podcast is sponsored by Audible. Click the link and receive your FREE audiobook http://www.audibletrial.com/gerweck.net. Visit our prowrestlingtees.com store