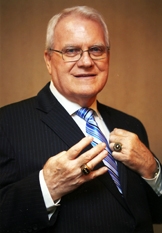 I had the honor of sitting down with WWE Hall of Famer & leader of the Four Horsemen James J. Dillon over the weekend. He gave his thoughts on “Macho Man” Randy Savage being announced for the 2015 class of the WWE Hall of Fame, & more

I also had the honor sitting down with James’ current protege Matt Riviera, whom had just won an 8 man tournament to become the 1st NWA Western States Heavyweight Champion in nearly 34 years. After the NWA decided recently to reinstate the title. The title had been inactive since 1981, with Ricky Romero having been the last person to hold it.