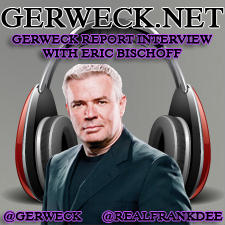 – Bischoff being in the beer business
– Possibly of Bischoff entering the WWE hall of fame
– His thoughts on the Monday Night War series
– Making WCW profitable, eliminating fraud
– The WCW PPV that never happened – and why it never did
– His reaction to WCW being purchased by Vince McMahon
– Bischoff’s plan for WCW had he had purchased the company, rebuilding the brand
– When WCW lost its momentum
– The infamous Finger poke of Doom
– The plan to create an nWo brand
– The origins of the nWo theme music
– The cost of using the “Voodoo Child” song
– Exactly how much money did WCW lose?
– Bischoff’s critique of today’s WWE product
– What if WCW would have won the Monday Night war?
– Is WWE’s PG rating hurting the company?
– Regrets
– Thoughts on bringing Bret Hart to WCW
– Ending Bill Goldberg’s WCW winning streak
– What exactly happened at Bash at the Beach 2000
– Who had creative control in WCW
– Would he return to WWE?
– Sting debuting in WWE
– Bischoff’s legacy in the wrestling business
– Macho Man finally announced for the WWE hall of fame
– Friction with The Big Show?
– Misconceptions
– And much more!

Click here for our Blog Talk Radio page
E-mail us at gerweckreport@gerweck.net
You can also listen to the Gerweck Report via iTunes on tunein, Stitcher