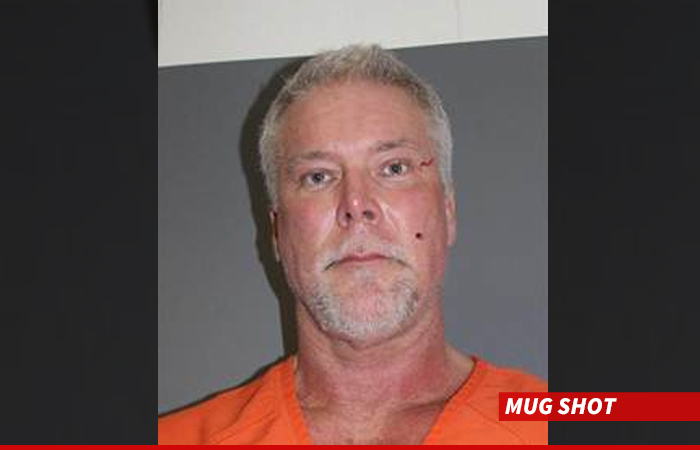 Wrestling superstar Kevin Nash was arrested early Christmas Eve morning — after getting into a bloody fight with his teenage son Tristen … TMZ has learned.

The 55-year-old legend — who is currently under contract with the WWE — was taken into custody in Volusia County, Florida after cops received a call about a domestic incident just after midnight.

When cops arrived to the scene … they noticed blood on Kevin’s face and arrested Nash.

Two hours later, cops received another 911 call from a person claiming 18-year-old Tristen attacked his mother. He was also arrested for battery.

Cops tell TMZ it appears alcohol may have been a factor.

Both men were hauled to a nearby jail where they were booked and are currently being held without bond.

FYI — Nash (6’10” and 328 pounds) is one of of the biggest stars in wrestling … he’s won titles in the WWE, WCW and TNA … by using his signature move, the jackknife powerbomb.

Nash has also had a decent film career. He appeared in “Magic Mike” and will be in the sequel as well. He’s also appeared in “John Wick,” “Rock of Ages,” “The Longest Yard” … and as Super Shredder in “Teenage Mutant Ninja Turtles II: The Secret of the Ooze.”

Tristen is an aspiring singer in a band.

Just four years ago, Kevin fiercely defended Tristen when Internet trolls blasted the music he posted in YouTube. Kevin wrote, “or those that are just haters because he is my kid, f**k you and I hope you wake up with a brain tumor tomorrow.”