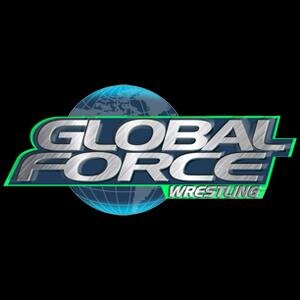 I appreciate your time today – this week is going to be a little manic for you no doubt!

(Laughs) Yes it is! It’s good though. This is what it’s about. I’m ready to get the promotion kicked into high gear!

I’m a few hours ahead of you here in Belfast, Northern Ireland.

I’ve been there many times.

Yea, the first time I ever saw you was on an event in the Kings Hall – many years ago!

Yea it was around then. Now, this isn’t blowing smoke for the sake of blowing smoke, but after the event there were a few of the (WWF) roster at the time who were a little bit narky or ignorant to the fans afterwards, but there was yourself and couple of the guys afterwards who were happy to be taking photos as you were getting onto the bus and talking to the fans and stuff. From a young fan at the time, it was much appreciated!

Oh, good! I like to hear those quick, little stories.

We’re now less than 4 weeks away from NJPW’s Wrestle Kingdom 9. On the night you will be wearing two hats – you are wrestling in the 6 man tag and also with Global Force presenting the show you are going to be involved as owner in that respect. How much are you looking forward to both aspects of that?

Me actually performing on the show has been developed and finalized over the last several days and weeks, but as far as me wearing my promoter hat…..gosh, that goes back to May, I believe, which was our first meeting. I’m very, very excited. I’m a third generation guy – my grandmother promoted – so promoting is in our blood. For me to get the opportunity to present – or executive produce – Global Force presenting New Japan’s Wrestle Kingdom 9 is truly an honor and unique. Being in this business my whole life there’s not a lot of opportunities that you get that you hadn’t done or been around, so this is a unique opportunity. I think the stars have aligned. I think that as hot as the product is, the (Tokyo) Dome show and the tradition behind it…it’s a who’s who of who has appeared on the show. The Bullet Club is red hot, Tanahashi and Okada will be a main event for the ages, so on so many different levels – with Jim Ross being a part of the product – everything just has gone to another level and in my wildest dreams I didn’t really realize how big and how impressive this would all come together.

You set about forming GFW earlier this year. Given, as you say, you’re third generation in business, why did you choose now to form a new company and get back into the industry, not just as an in-ring talent but as an owner or promoter?

I guess there’s not any one magic answer to that, I just felt the time was right. I think that the talent pool is very, very deep – deeper than I’ve seen it in maybe 20 years. When the WWF bought WCW the business went through a transition change, and here we are almost 15 years later. I believe independent wrestling – the free agents – there is a very, very healthy talent pool. With the – I’ll call it distribution models – entertainment is changing not monthly but daily. It’s a small world. We have strategically partnered with companies around the world – not just New Japan – and I feel the wrestling fan base is very healthy right now.

You have been busy preparing partnerships with many wrestling promotions around the world. Will this be with a design to being given preference to signing their talent for Global Force or to use them for talent swaps to give the guys more places to work?

I believe that the digital generation – the YouTube generation – of wrestling fans….At the beginning of our conversation you talked about yourself as a young boy coming to watch the wrestling matches. That’s where the wrestling fans start – as children. Nowadays kids will watch a match from Germany and then they’ll watch a New Japan match. Then they’ll go to the WWE Network. There’s just so much availability. In years past, promotions had a mind-set that you didn’t talk about other promotions – and you certainly didn’t promote them! Global Force is going to be the opposite. Not only are we going to recognize other promotions but will do everything we can to help promote, because that’s the mentality we have. If Ring Of Honor have a hell of a show and a healthy buy rate for last night, that doesn’t hurt Global Force – it helps Global Force! The same for New Japan, AAA….We’re going to have that mind-set to exchange talent and promote and be aggressive in our intent to present the very best professional wrestling, no matter where it comes from.

You may not be able to say – or it might be a case of wait and see – but how close are you to agreeing your own TV deal or online stuff or agreeing contracts with wrestlers and performers?

All of that – and it was on one of the ‘Behind the Force’ videos which have run – there are many components to launching a brand: talent, sponsorships, distribution, venues – they’re all in the works. Patience is not in my DNA but I have learnt to have patience in this, in that the best deal isn’t always the first deal that is presented to you. I have learnt that over the years. We are strategically putting things together and when the time is right we will launch.

From a fans perspective, sometimes you see when people decide that they are going to start a company or an independent promotion that they throw everything at it without having taken the time to take the step back and look to see what they need to do to make their brand effective. From a fans perspective they can see that that is what you’re doing. You are making sure the ground work is there before building anything else up.

I appreciate that Gary. That’s exactly what we’re doing. I don’t want to sound critical of anyone else, but I have seen people rush to get a product to market and it’s ultimately a failure. The partners that I have – from a financial standpoint, from sponsorship and distribution outlets, whether digital or cable – all of us collectively realize “First impression = last impression.” We have methodically taken the steps. We’re building our fan base and our social media, and we’re listening to what the fans are saying, so that when we do launch with the first show and the shows that roll out it will be a very strategic roll out.

A quick two part question – there has been a lot of buzz going around because Jim Ross is on board to provide the American commentary on the January 4th show. Firstly, how good is it to see him back commentating again?

(Pauses) There aren’t many questions that you can ask me where I’ll be speechless, but just when you say ‘How is it to have him back in that seat?’ It’s going to be off the charts! The roll-out – and I hope you’ve seen the videos we’ve been playing – he took the show to another level. It truly is a can’t miss show. That’s really hard to say nowadays. In years past you could come up with many shows, but this is a can’t miss, once in a lifetime opportunity! And Jim Ross is so energized and motivated and enthused and we both say – in just about every one of our phone calls or emails – we both end it by saying “January 4th can’t get here soon enough!” We’re very excited about that!

Given the chance – and most promotions would say yes – would you like to have him on board doing work with you whenever Global Force rolls out?

Who wouldn’t want the greatest announcer? We have agreed to keep the doors wide open for any and all discussions.

I’m interested in how challenging – if that is the correct word – it was to come to the deal with New Japan for this cross promotional deal?

Obviously, the language – we had hurdles to overcome. New Japan, their TV partner is TV Asai, so that was another part of this puzzle. And then the rollout – as I said, this started back in May. We had to do separate agreements with DirectTV, Dish Network, InDemand – there were 2, 3 or 4 different Canadian distribution outlets. So there were a lot of moving parts. There is a finance side to it, a legal side to it, but most importantly the thing that energized me is the marketing side to it. Our Pay-Per-View providers have gone above and beyond. The pre-show actually rolls out tonight and I hope you get a chance to see it Gary because it is spectacular. So yea there were numerous challenges, but like any deal it’s a win-win for all of us. When Global Force wins New Japan wins, and most importantly the wrestling fan wins. Gary, with you being overseas I’m sure you are familiar with the Flipps App because that is revolutionary technology. We are stepping onto a global stage and we have some meat behind it.

Obviously we see ROH, TNA and, to a lesser extent, Lucha Underground fighting for the second company piece of pie in America. How confident that GFW will set itself apart from them and grab that slice of the action?

A) We’re going to listen to our fan base – not to say that other promotions don’t – but we have a vision and a concept that is going to be presenting professional wrestling different from Ring OF Honor and different from Lucha Underground and certainly different from WWE. Japan has a population around that of New York City – certainly something around that – obviously much smaller than North America, and they had 4, 6, 8, 10 promotions that were all successful on different levels (years ago). In North America there is a lot of room. I mean, how many genres of music are successful in the U.S.? Pop, country, rock, nostalgia, folk…there are so many different types. The more wrestling, the healthier the business.

Do you have any plans to do any more cross-promotional stuff with New Japan after this?

Oh yea. That’s why it truly has been a methodical roll out. That goes back to April 30th – we announced our first partnership with AAA. New Japan was on June 23rd. We did our Europe roll out in July. South Africa was August. Australia was late August. We rolled it out to start the roll out of the brand on a very step by step basis.

It has been interesting to see the variety of not only the wrestling companies that you are partnering with but the variety of the countries and the styles within the companies. I think fans are looking forward to seeing how that all links together.

How can the fans keep up with the future plans for the company – obviously there is the Global Force website www.globalforcewrestling.com – and also with what you are up to?

As you said – @GFWWrestling on Twitter and @RealJeffJarrett on Twitter – and our website….we’re breaking everything through our online. That’s truly where the world is. Network shows on NBC, ABC or CBS, or in your area of the world on Sky and the major broadcasters, news is broken digitally nowadays. We live in the digital generation.

I really appreciate your time and down the line we will talk again when things roll out.

And I hope that you have a good next few weeks with the build up to the show and that it goes well for you personally on the show and as a company.

It’s all much appreciated Gary.