Poll results: Should the Hardy Boyz be inducted into the GERWECK.NET Hall of Fame? 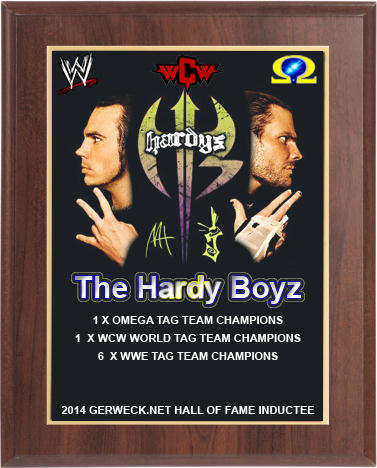 Should the Hardy Boyz be inducted into the GERWECK.NET Hall of Fame?

As a result, it is an honor and pleasure to welcome The Hardy Boyz (Matt Hardy and Jeff Hardy) into the GERWECK.NET Hall of Fame!