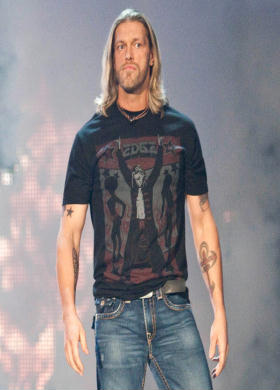 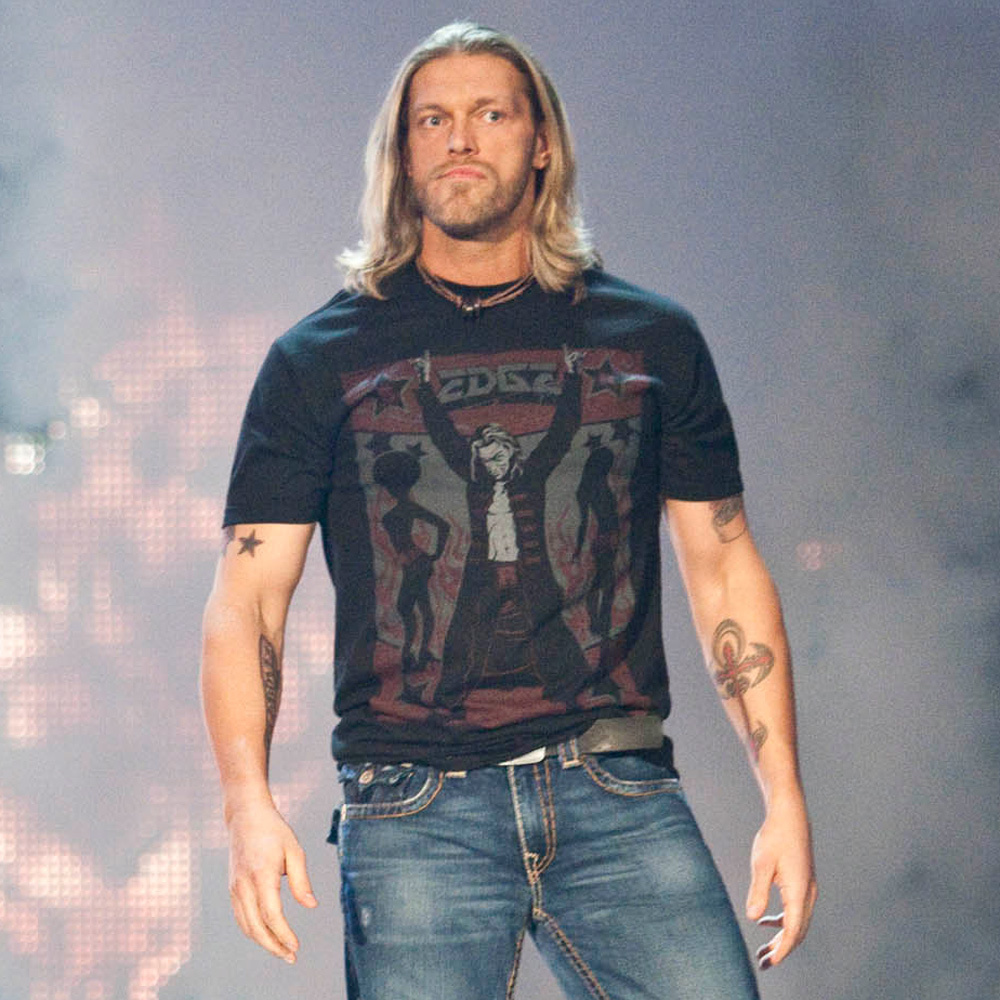 Former multi-time WWE Champion and Tag Team Champion and star of the SyFy original series ‘Haven’, Adam ‘Edge’ Copeland joined “Multi-time Award Winning” the Rack Thursday Night. In a nearly 25 minute interview, he discussed the upcoming season of ‘Haven’ and what to expect, how has Dwight evolved from his first appearance to now, turning from a special guest to series regular, his experiences with fatherhood, if his time in WWE helped with his acting, if he misses being part of WWE and performing, how he and Christian found out about each other’s pregnancies and what his favorite Edge/Christian is, the weirdest gift he’s gotten from a fan and so much more.

But, in some respect, it’s great to have a live microphone and no net, because once you do it, it’s out there and you’ve made your choices and your choices are happening as you’re seeing them and that’s amazing, but I have to admit it’s kind of nice to realize you can do different things on a different take and you have a script and you can actually think about some of these things after you do it once and go ‘Ah, I think I want to try this’ or talk to the director and say ‘What direction did you see it?’ and it can be much more of a community process as opposed to just going out there and you’re standing in the middle of the ring. By yourself, with a live microphone and you have 10 minutes to fill.”

What it’s like being a new father: “You know, it’s amazing. It’s all of the clichés that people talk about and movies show, it’s all of those things; you have much less sleep and you’ll have poop on your hands and all of that stuff. But, it’s awesome. What has really been a change this year was having a baby and then maintaining these hours; that’s been a challenge, but it’s been good. I mean, if I look a bit more tired this season on Haven, that’s the reason.”

What can we expect from Dwight on the upcoming Season 5 of Haven: “A lot happens. It’s pretty crazy how the landscape of the town completely changes from the first episode to the episode that kind of breaks up Season 5 or Seasons 5A, I don’t know how they’re going to air it; but the entire town, the landscape of it changes from the first episode to the 13th and we’re currently about to start filming the 17th episode. So, it’s really crazy when I start to think back, especially when Dwight first came onto the show, how much has changed, not only to the town but to him as a character. It’s been a fun ride.”

How has Dwight evolved from his first appearance to Season 5 on Haven: “Well, initially, I don’t think anyone had the idea that the character would really be around that long. It was just, kind of, one of those cross-over, WWE Smackdown airs right before Haven; I was just hired because I fit all of those categories and then I think both parties. Haven and myself, realized ‘Wow, we might have a little something here; who knows?’ They were amazing letting me grow as an actor and into this character and help me get comfortable with this whole process, because I hadn’t really done much acting before this. So, they were very kind to me.

This year, I had a lot more heavy lifting placed on me and I was ready for itl I feel like I was ready for it. If that had happened the first season, I would not have been. So, it was very nice of them and kind of them to let me mature in this aspect of entertainment, compared to what I was used been doing.”

What was it like going from special guest to a regular on the show: “Every time, I kind of get surprised; it became from cleaner to Chief of Police but it’s been a nice growth. It didn’t happen overnight and let me get comfortable with the process and even comfortable with the crew, cast and even getting that rapport, that’s really important and helps your performance. So, I think they were really kind in just letting me figure my way and cutting my teeth a little bit and hopefully not screw it up too bad. And then, once I started to feel more confident and comfortable, they gave me more responsibility and that was nice.”

Don’t get me wrong, it was a great gig and like I said, the amazing aspect was the performance part, but that was half an hour of a 24-hour day because that job starts as soon as you wake up in the morning and doesn’t stop until you go to bed. And then, you’re probably only getting 4 hours sleep, so it’s an interesting way to make a living.”

What is his favorite Edge and Christian moment: “Oh man, we have so many; to the point of we’ll forget some times and someone will mention something and its like ‘Wow, oh yeah’. There was luck involved but a lot of hard work involved too; finding ourselves in moments where we always pictured ourselves but never fully know if it’s going to happen, But I think for the most memorable, it’s the first time we won the Tag Team Titles and sitting on top of the table, across two ladders at WrestleMania, doing what we said we were going to do when we were wrestling in his parent’s side yard jumping off a washing machine onto a mattress, you know? So, I think that would be the biggest one, but then we also found ourselves like I’m teaming with Hulk Hogan and he’s teaming with Lance Storm; Hulk Hogan is doing the ‘Hulk up’ on him and I just tagged Hulk Hogan into the ‘Hulk up’ and was like ‘How did we get here?!’.

It’s real crazy when we’ve sat down and people have said, ‘What’s the story with you guys?’ We’re like, well, here it is: we met in the sixth grade because of a ninja star, we went to high school together, we lived together in college, started wrestling together, went wherever we could and wrestled in barns and ate cans of tuna we opened with a key, 40-hour bus rides, made it to the WWE and won the Tag Team Titles more than anyone else in history and both became World Champions, AND fathers within six weeks of each other to little girls. I mean, it’s crazy!”

How he and Christian found out about the other’s pregnancies: “I was doing some promotional stuff for SyFy actually, and I was in New York for an up-front presentation and I was in my hotel room and we (him and Beth) had found out we were pregnant and I was like ‘Ok, I HAVE to tell someone’, it’s technically too early to tell someone but I need to be able to, if anything does goes wrong, I have someone to talk to about that and I thought Jay (Christian) is going to be the guy I’m going to talk to. So I called him and I was standing in the bathtub of my hotel room because it had an amazing view, but only from the bathtub. So, I standing there staring at the Empire State building, going ‘Wow, that’s beautiful’ and he picks up the phone, and I said ‘So, guess what’ and he goes ‘what?’. I said we’re pregnant, and then there’s just silence and I was like ‘Ohhh. Gosh, alright.’ And then he goes, ‘Well, guess what.’ ‘Oh come on!’ and sure enough they were pregnant too. And both had little girls, and it was nuts.”

You can follow Adam through his Twitter (@EdgeRatedR) for all the latest on his news and notes. You can see Adam weekly on SyFy’s original drama ‘Haven’, which is starting its fifth season on Thursdays 8 pm/ 7 pm Central on SyFy. Check your local cable listings for show times and channel listings.