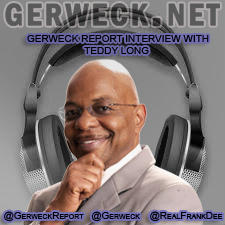 – Leaving WWE, and the possibility of Long returning to the company in the future
– Racism in wrestling, and being called the N word
– Who told Teddy that a young Undertaker would never draw a dime?
– How Teddy become a wrestling manager
– The circumstances of the Ron Simmons winning the world championship
– What happened to wrestling managers?
– The history of the “peanut head” stuff
– Managing The Undertaker in WCW
– Making the move from WCW to the WWF
– WWE’s decision to bring back ECW
– Raw expanding to three hours
– Long’s favorite moments in the wrestling business
– Thoughts on the passing of Sean O’Haire
– A great story involving a young Randy Savage
– Who would Teddy prefer inducting him in the WWE hall of fame?
– Would Long work for TNA or Jarrett’s Global Force Wrestling?
– What does TNA need to do to change their fortune?
– How he developed his catchphrases
– Booker T’s group in Texas
– Why did Vickie Guerrero get a WWE Network special, but not Long?
– Long’s legacy in the business
– On why he might turn down the WWE hall of fame
– Long’s thoughts on Ray Rice and Adrian Peterson

– Life on the road: “I had been on the road for two years of my life, and I didn’t know exactly how bad I was burned out .. I don’t miss one day of WWE.”

– On fourteen years with WWE: “Mr. McMahon took care of me.”

– On returning to WWE? “I’ll probably never go back there.”

– On what he is doing on Mondays now “I am going to these acting classes.”

– Who told Teddy Long that a young Undertaker would never draw a dime?

– On racism in wrestling, “it’s still going on, its going on everywhere. It not just professional wrestling .. I think in the WWE it has gotten better.”

– Which wrestling great was against the idea of Teddy becoming a manager?

– Teddy’s favorite moments in the business

– On not being able to work outside of WWE due to being an independent contractor, “How they get away with that is unbelievable to me.”

– On TNA: “They aren’t that bad. I think someone will pick them up, its bad writing there.”

To book Teddy Long for your event, contact Brian Wittenstein at brianwittenstein@gmail.com