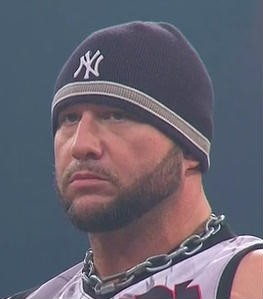 We’ve heard from multiple TNA talents that Bully Ray held a meeting with the roster working tonight’s live event in Hagerstown, MD and informed them he wanted to personally tell them goodbye as he didn’t expect to be back for the company.

In asking around, Ray’s contract is expiring and tonight’s live event is the last show he is contracted to appear on. Based on what Ray told the locker room, obviously the two sides have not come to terms on a new deal.

What is amazing about this is that Ray (along with his partner Devon) is scheduled to be inducted into the TNA Hall of Fame at Bound for Glory this October. TNA also has one match left in a series of bouts Ray was heavily involved in at the last set of Impact Wrestling tapings, which means that if he departs, they will be left scrambling to end that series without him.

Ray had been the central point of the company over the last several years, first with a heel run as the central figure behind Aces & Eights, which brought him his first TNA championship. After losing the title, Ray was transformed into a babyface pursuing Dixie Carter in order to put her through a table, which became the biggest moment of TNA’s entire summer. That angle was something that Ray brought to and pitched to TNA management.

Ray has been with TNA since 2005 following runs in the original ECW & WWE. During the TNA run he morphed from one half of Team 3D to a legitimate top singles star. Beyond wrestling, he was also working as an agent backstage.