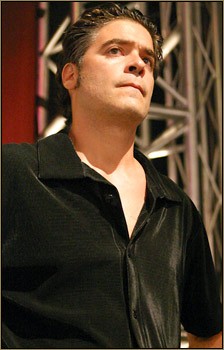 As always, there has been much rumor, hearsay and scuttlebutt surrounding certain topics concerning myself, TNA and Spike TV. At this point in time, having parted ways with TNA and the ability to finally speak freely–there are a few things that I would like to set the record straight on.

1. As I stated earlier this week on the VIP Section of pyroandballyhoo.com, I was officially hired by John Gaburick as a creative consultant on October 24, 2013, with the plan being that it could lead to a permanent position in the future. At the time of my hiring, the specific instructions laid down to me by Dixie Carter,was that if anyone was to find out about our working relationship outside of me, herself and Gaburick—it would come to an end. I asked why the blanket of secrecy from the start—but never received an answer. Almost 9 months later, when an e-mail that I had accidentally sent out to a third-party was brought to the forefront, Gaburick was untruthful in telling the source involved that I was recently hired to produce the TNA announcers.

2. John Gaburick told me sometime in January/February that at a recent TV taping, he DID INDEED tell Spike representative Scott Fishman, that I was working with TNA as a consultant. He even went as far as to tell me that Scott “was cool” with it. Therefore, the story that Spike just found out about my involvement with TNA merely weeks ago, which caused them to not renew their TNA contract, is an ABSOLUTE MISTRUTH. Spike knew of my TNA presence some 6-plus months prior.

3. YES, I am 100% GUILTY of trying to work that said source who received the e-mail, in an effort to protect the wishes of my employer. I regret even agreeing to be dishonest, deceitful and untruthful from the beginning, but the TRUTH is that I needed the income, so I agreed to the verbal restraints that were dictated to me from the start. I regret that now. Hindsight being 20/20, I should have never accepted the job under those circumstances being that my ability to be honest and truthful with family and friends was taken from me.

I hope that clears up many of the rumors that have surrounded me as of late. I take full responsibility for LYING to protect the wishes of my former company, but that is the extent of my responsibility. If I could do it all over again, I would have turned down the job under those guidelines, regardless of the financials involved.

There is much more to this story, but I choose to lay it out one step at a time due to the intricacies of the situation. I just feel it is VITAL at this time to, again, get this point across—if John Gaburick did indeed tell me the truth—that he informed Spike representative Scott Fishman of my working relationship with TNA back at the beginning of the year—then SPIKE TV HAD FULL KNOWLEDGE THAT I WAS WORKING WITH TNA OVER SIX MONTHS AGO.

In going forward, my focus becomes 100% on my website pyroandballyhoo.com, and those who choose to go along with me on my journey. In addition to that, there are a couple of projects I’m currently working on and just wanted to share with you briefly.

-I am in talks to further develop a script that my son Will and I wrote about a year ago called Belle of the Brawl – the premise of the show involves a fictional wrestling company owned and operated by a woman.

– Also, I plan on writing the third installment of my wrestling trilogy series that will go into detail concerning my 10 year run with TNA from start to finish. The title of the book is Total Non-Stop Agony, and the plans are to release it digitally through pyroandballyhoo.com.

In conclusion, after 20 years of dedicating my blood, sweat and tears to three major wrestling organizations, without ever holding anything back, and always delivering the best product I possibly could, I think it’s fair to say that that portion of my life has officially come to an end…