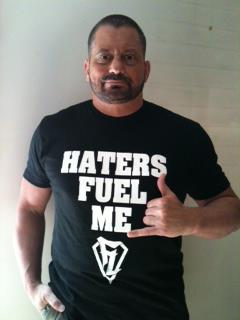 Former wrestler Scotty Riggs reflects on his wrestling career in this exclusive interview with GERWECK.NET

– Joining WCW early in his wrestling career
– Receiving rave reviews from ring veterans
– Formulating a tag team with Buff Bagwell, and coming up with his ring name
– The breaking up of the American Males, and Bagwell joining the New World Order
– Joining Raven’s Flock, and wrestling with an eye patch
– How his WCW tenure came to an end
– Backstage chaos and politics in WCW
– Bret Hart jumping to WCW, and his relationship with “The Hitman”
– His reaction to learning the ultimate fate of Chris Benoit and his family
– Being owned money by ECW when the company folded
– His opinions of Paul Heyman and Eric Bischoff
– Retiring from the business, and agreeing to donate his brain to research when he passes away
– And much more in this eighty minute plus exclusive interview