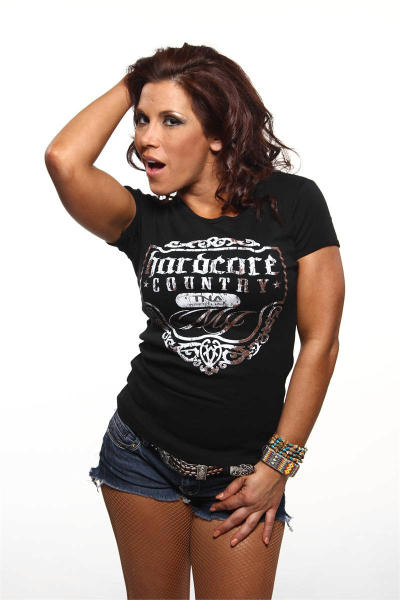 I had the pleasure of chatting with the multi-talented Mickie James discussing her brilliant career in WWE and TNA, her accomplishments, what the future holds for her, her thoughts on Magnus winning the TNA championship, would she consider joining Jeff Jarrett’s new wrestling promotion, the crossover with the wrestling and music fans, working with developmental talent at the WWE Performance Center, and her thoughts on winning the Hot 100 women of wrestling tournament, and more in this exclusive thirty minute interview.

– On leaving TNA in September: “My contract ran up and I kinda knew that was going to be my last day, and I was hoping it wasn’t. It was a bit sad because I wouldn’t walk around announcing or telling my friends there that this was my final day because, of course, word would spread like wildfire. I couldn’t tell my friends it was going to be my last day or say goodbye. That was the only bitter sweet part. I felt like we were just scratching the surface with that character.. build some real emotion behind it all the way to Bound for Glory, or at least that’s what I was hoping for.”

– On ODB: “Just one of the coolest people you’ll ever to meet, and I love her to pieces.”

– On her future: “I just love wrestling too much to just let it go .. I don’t feel I am done with wrestling.”

– On doing the Piggy James storyline: “It was difficult, it was difficult for all three of us sometimes. I tried to allow, in some of the those incidents, to create real emotion.”

– On becoming a trainer after her in ring career wraps up: “I would be honored to do something like that.”

– On Magnus as champion: “The fans are eating it up and they absolutely hate him.”

– On Jeff Jarrett and Toby Keith starting a new promotion: “Jeff is so smart, and innovative, and has drive. Toby is a massive wrestling fan. It could be something potentially that’s pretty awesome.”