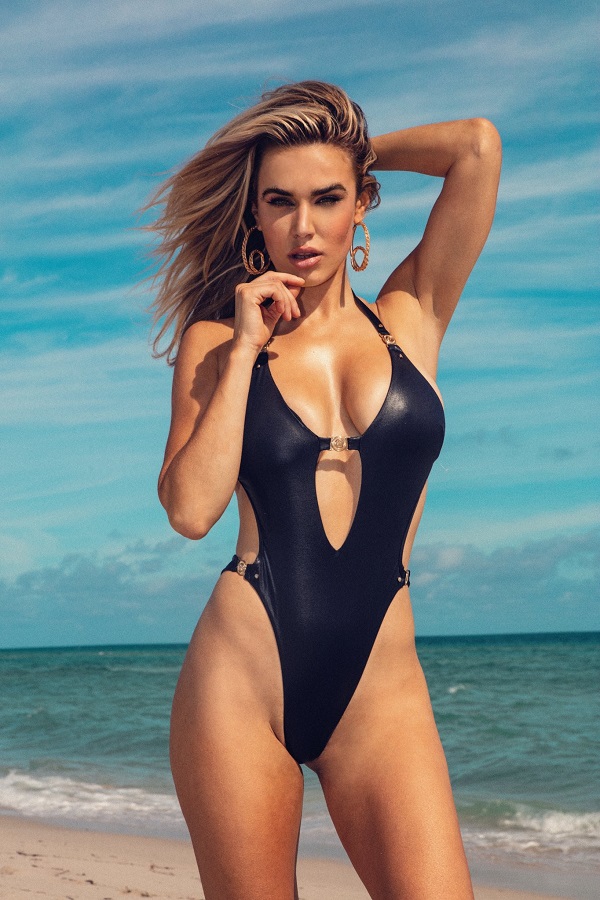 – Though born in the USA, Perry spent much of her childhood in what is now Latvia, where her father worked as a Christian missionary
– Perry initially aspired to be a dancer, joining the Latvian National Ballet at age 14, then the Martha Graham Center upon her US return
– In 2009, Perry embarked on a brief musical career as part of the girl-band ‘No Means Yes’
– Shortly before signing a WWE development deal, Perry had been working as a bit-part actress
– Perry (as Lana) made her NXT debut on October 23, 2013, scouting Alexander Rusev
– Lana later became the ‘social ambassador’ for Rusev
– At Extreme Rules ’15, Lana and Rusev started to show signs of cracking
– Following Payback ’15, Rusev fired Lana as his manager. Later that night, Lana began a relationship with Dolph Ziggler
– In October 2015, Lana and Rusev announced their real-life engagement
– On the WrestleMania 32 pre-show, Lana made her in-ring debut, ending up on the losing side of a 10-woman tag team match
– In July 2016, Lana & Rusev were married
– In the 2016 WWE draft, Rusev & Lana were allocated to Raw
– On April 11, 2017, Lana moved to the Smackdown roster
– Lana made her singles debut at Money In The Bank ’17, unsuccessfully challenging Naomi for the Smackdown Womens’ Title
– Lana was the sole survivor of the victorious Team Raw at Survivor Series 2020
– Lana was released by WWE on June 2, 2021