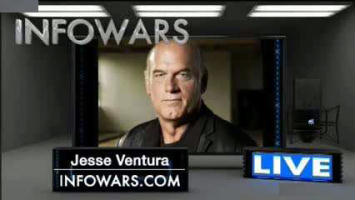 On the September 27, 2013 edition of the Alex Jones radio show, former Minnesota governor and WWE hall of famer Jesse Ventura discussed his new book on the assassination of President John F. Kennedy (“They Killed Our President: 63 Reasons to Believe There Was a Conspiracy to Assassinate JFK”), updated his pending lawsuit to clear his name, the possibility he might seriously consider running for president with shock jock Howard Stern on his ticket, the recent chemical attacks in Syria, and more in this hour long interview.