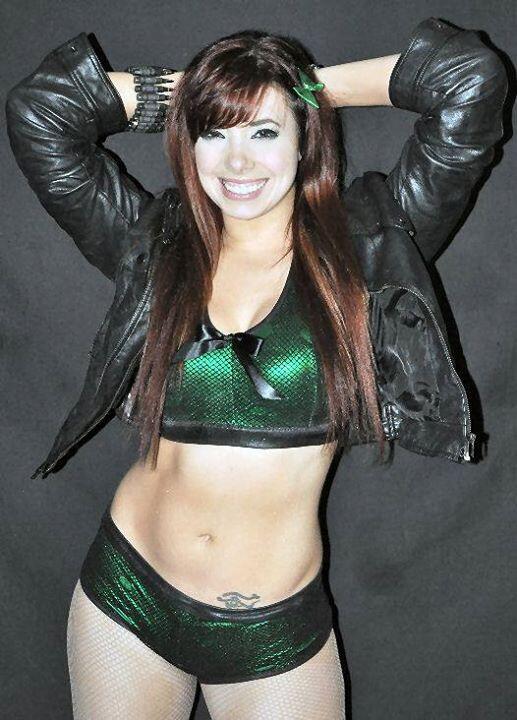 Taeler Hendrix recently spoke about her TNA departure, her future in wrestling and more. Here are the highlights…

On her TNA departure: “I don’t even know if there are enough adjectives to describe it…I am the best I’ve ever been”. Taeler says that her departure was a mutual agreement. She wanted her release since they weren’t using her and felt it wasn’t right for all parties involved from her, to the company, and to other girls on the independent scene that might want a spot in TNA. She isn’t bitter, but wishes she had more of an opportunity to prove herself.

On working with Tara in her Gut Check match: “Working with her was fantastic. That woman could work with a broomstick and make it look good”. It was a huge honor for her to work with such a great women’s wrestling talent and admitted to looking to her for inspiration.

On the news story that broke saying Dixie Carter called her “Too Heavy for TV”: “I’m not known to be extremely controversial. I’m not that stupid”. She was embarrassed when the story started to make headlines and says that the statement being reported that way was because of confusion between her and the interviewer. She admits to being told that she was that she was heavy, but never meant for it to sound like the comment was made by Dixie. She never wanted to be associated with any drama because of it.

On Ohio Valley Wrestling: Taeler says that she is excited about the OVW Old School show Rip Rogers and Danny Davis’ dreamed up. It is an attempt to do an 80’s style wrestling show in the modern era. She says a lot of the wrestling that she considers truly great happened in that era and enjoyed taking part in that brainchild. By the way, Rip Rogers is doing well after his surgery. We at the Wrestling Epicenter continue to wish him well. He’s one of our unsung hero favorites and his interview is also available at our website.

On her future Wrestling opportunities: Her goal right now is to keep herself busy, get more and more experience on the indy scene and to build a reputation on the independent circuit. She is still working with OVW, she is returning to SHINE later in the year, and she has also expressed interest in going back to ROH to show how much she has improved since the last time she was there.