WWE legend Kevin Nash is in the clear … TMZ has learned — after cops arrested him in Florida recently for allegedly laying the smackdown on some drunk guy … for hitting on his wife. 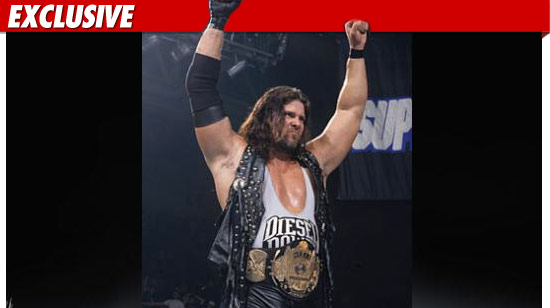 According to the police report, obtained by TMZ, Big Sexy and his lady were leaving a restaurant after dinner, when a man approached Nash’s wife and began chatting her up.

According to the report, Nash’s wife told the guy to buzz off … but he got aggressive — so Nash stepped in and dropped him.

Nash held the man down until police arrived — but in a cruel twist of fate, he ended up getting arrested himself on suspicion of battery, a charge that was eventually dropped due to lack of evidence.

Nash tells TMZ, he never should have been arrested — and if he wanted to sue, he’d have a good case in court, adding, “I’m a 52-year-old fake fighter. My hands aren’t deadly weapons.”