Original plans for Summerslam and Wrestlemania 28 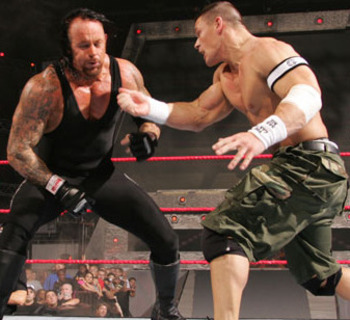 The penciled in Undertaker vs. Triple H re-match is slated for Summerslam, but as we have seen in recent times, Vince McMahon changes his mind quite often. Believe it or not, before WWE announced John Cena vs. The Rock, the tentative plan was to build to a Cena vs. Undertaker match at next year’s Wrestlemania in Miami.