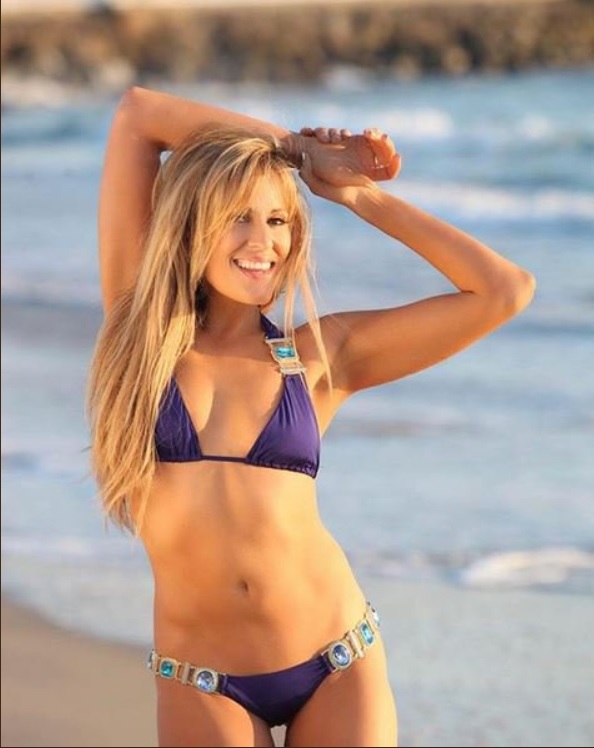 – Garcia began her working life in radio, hosting a drive time show in Columbia, South Carolina in the mid-90s
– In 1999, Garcia was hired by WWE as a ring announcer, debuting on the August 23 episode of Raw that year
– Garcia wrestled her one and only match on the August 26, 2002 episode of Raw, defeating fellow ring announcer Howard Finkel in an Evening Gown vs. Tuxedo Match
– On September 21, 2009, Garcia announced that she was leaving WWE following that night’s Raw
– Garcia returned to WWE for one night only on April 19, 2010, filling in for Justin Roberts who was stranded in Europe as a result of the Icelandic volcano eruption
– In December 2011, Garcia announced she would be returning to WWE full-time as a ring announcer on Smackdown
– Following Justin Roberts’ release from WWE, Garcia began announcing on Raw
– In April 2015, Garcia underwent knee surgery and was off TV for a month
– Garcia made her return at the 2015 Elimination Chamber event
– In August 2016, Garcia announced that she was leaving WWE once more to take care of her ailing father
– Since December 2016, Garcia has continued to make occasional one-off appearances for WWE
– In 2019, Garcia joined the Professional Fighters League as a ring announcer