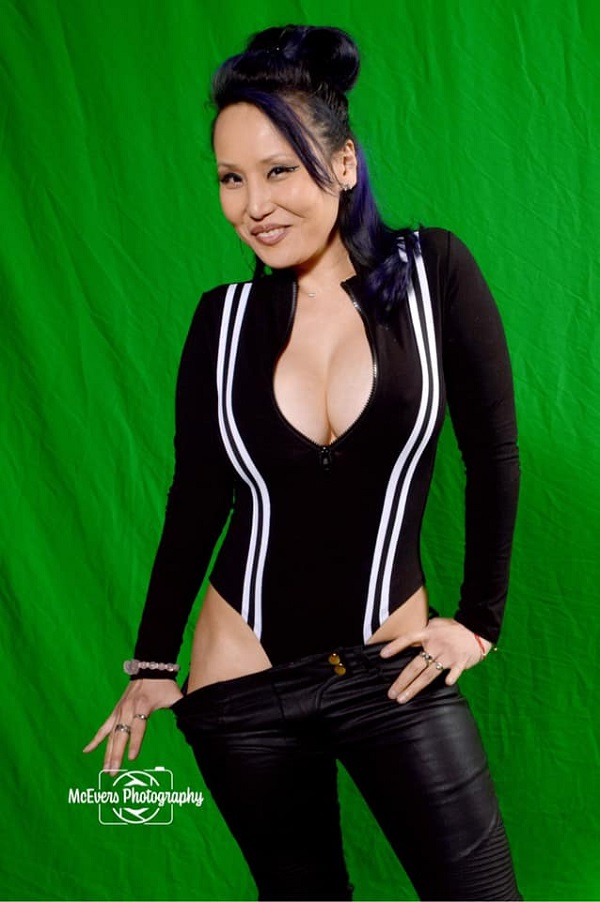 – In 1996, Laum debuted in ECW as Kimona Wannalaya, Raven’s valet.
– At WCW Starrcade ’99, Laum enter the company as a cheerleader for the Varsity Club.
– After an eight-month absence from television, Laum re-debuted as Leia Meow, the domanatrix-like valet of the Jung Dragons.
– On the September 25, 2000 edition of “Nitro,” Pamela Paulshock won a bikini contest. Meow attacked her, but Midajah made the save with a bodyslam.
– On the September 27, 2000 episode of “Thunder,” Meow attacked Midajah during Mike Awesome’s Lava Lamp Lounge.
– Originally, Mike Sanders and Meow were supposed to face The Cat and Miss Jones on the October 25, 2000 edition of “Thunder,” but Meow turned on Sanders and turned it into a three on one.
– In February 2001, WCW released Leia Meow from her contract.