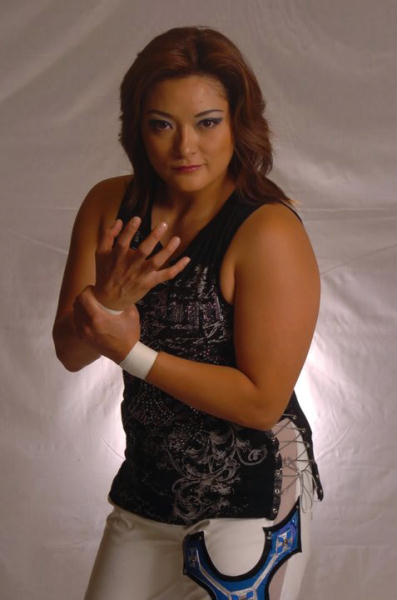 – Hamada won the Queen of Arsion from Aja Kong on December 3, 2000.
– On May 11, 2003, Hamada captured the WWWA World Heavyweight championship from Momoe Nakanishi.
– Hamada defeated Dynamite Kansai on January 11, 2004 to capture the AAAW Singles championship.
– In April 2009, Hamada announced that she had signed with TNA.
– Hamada was released by TNA in December 2010.
– On March 19, 2017, Hamada returned to Mexico and AAA, defeating Taya to win the AAA Reina de Reinas Championship.
– Hamada was arrested on May 13, 2018, for possession of methamphetamine. Her arrest resulted in Pro Wrestling Wave terminating her contract and Sendai Girls’ Pro Wrestling stripping her of the Sendai Girls World Championship.
– On July 18, 2018, she was given an 18-month prison sentence, suspended for three years. The same day, Hamada announced her retirement from pro wrestling, hoping to find work as an interpreter.