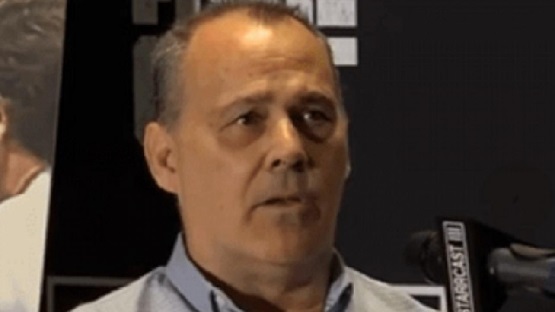 – Malenko has wrestled all over the world, spending much time in Mexico and Japan.
– Malenko wrestled with his brother Joe, forming a tag team, until he retired.
– On September 4, 1991, the Malenkos beat Mitsuo Momota and Satoru Asako in Tokyo.
– On January 24, 1992, Malenko defeated the Superstar for the Suncoast Pro Wrestling (SPW) Southern title in Palmetto, FL.
– Malenko defeated Jimmy Backlund for the ICWA Light Heavyweight title on March 12, 1992, in Tampa, FL.
– Malenko won the ECW Television title on November 4, 1994, the same night 2 Cold Scorpio had won the title from Jason.
– Chris Benoit and Malenko won the ECW tag team title on February 25, 1995 from Sabu and Tasmaniac (Tazz) in Philadelphia, PA.
– Malenko won the Television title for a second time on July 21, 1995, by defeating Eddy Guerrero.
– In September 1995, Malenko and Benoit joined WCW.
– On May 2, 1996, Malenko defeated Shinjiro Ohtani for the WCW Cruiserweight title in Orlando, Florida.
– Malenko won his second Cruiserweight title on October 27, 1996, beating Rey Mysterio, Jr. in the process. The Ultimo Dragon relieved Malenko of the title two months later.
– Malenko won the Cruiserweight title back from the Ultimo Dragon on January 22, 1997, in Milwaukee.
– To show his versatility; Dean won the United States Heavyweight title on March 16, 1997, defeating his former ECW foe, Eddy Guerrero.
– Malenko went winless for four consecutive pay-per-views, ending with a loss to Chris Jericho at last year’s “Uncensored.” Gene Okerlund scolded Malenko about the losing streak, and when he asked Dean where he goes from here, Malenko simply replied, “home.”
– Malenko spent the next several weeks away from the ring.
– On May 17, 1998, at “Slamboree,” WCW promoted a 15-man Cruiserweight battle royal, with the winner facing Jericho for the Cruiserweight title. The last two standing were Juventud Guerrera and Ciclope. After a stare down between the two, Juvi shocked everyone, and eliminated himself. Ciclope removed the mask, revealing the face of Dean Malenko.
– Malenko became the first wrestler to win the WCW Cruiserweight title four times, defeating Jericho, in the next match.
– At the 1998 “Fall Brawl,” Malenko beat Curt Hennig via disqualification when the late Rick Rude interfered.
– On September 14, 1998, Ric Flair, Malenko, Benoit, and Steve McMichael reformed the Four Horsemen.
– Malenko and Benoit defeated Barry Windham and Curt Hennig for the WCW World tag team title at the 1999 “Uncensored.”
– At the 1999 “Spring Stampede,” Malenko and Benoit defeated Raven and Perry Saturn.
– Shane Douglas, Malenko, Benoit, and Saturn formed the Revolution.
– Saturn, Malenko, and Douglas defeated the West Texas Red Necks in a six man tag match at the 1999 “Road Wild.”
– It appeared Malenko and Benoit had quit the Revolution after an October tour of Japan. However, Malenko turned against Benoit at “Halloween Havoc” ’99.
– At Mayhem ’99, Malenko, Saturn, and Asya defeated Billy Kidman, Eddie Guerrero, and Torrie Wilson in a 6-person elimination match
– The Revolution defeated Hacksaw Jim Duggan and the Varsity Club at Starrcade ’99.
– After being granted his release from WCW, Malenko debuted on “RAW” on January 31, 2000.
– On March 13, 2000, Malenko pinned Essa Rios for the WWF Light Heavyweight title in East Rutherford, NJ.
– After dropping the Light Heavyweight title to Scottie Too Hottie, Malenko regained it on April 25, 2000.
– After a brief absence from television, Malenko returned to reform the Radicalz with Benoit, Guerrero, and Saturn.
– Malenko defeated Lita on the December 4, 2000 edition of “Raw” to earn a date with her three nights later on “Smackdown.”
– At Armageddon ’00, The Radicalz defeated Lita and the Hardy Boyz in a six person elimination match when Malenko pinned Lita.
– At Insurrextion in London, England, Malenko and Saturn defeated Hardcore and Crash Holly.
– Malenko announced his retirement from the ring at the 2001 Brian Pillman Memorial show in Cincinnati, OH. He would transition to a role as a road agent for WWE
– On May 24, 2019, All Elite Wrestling (AEW) announced that Malenko has joined them as a senior producer.
– On May 31, 2022, Malenko was voted into the GERWECK.NET Hall of Fame.