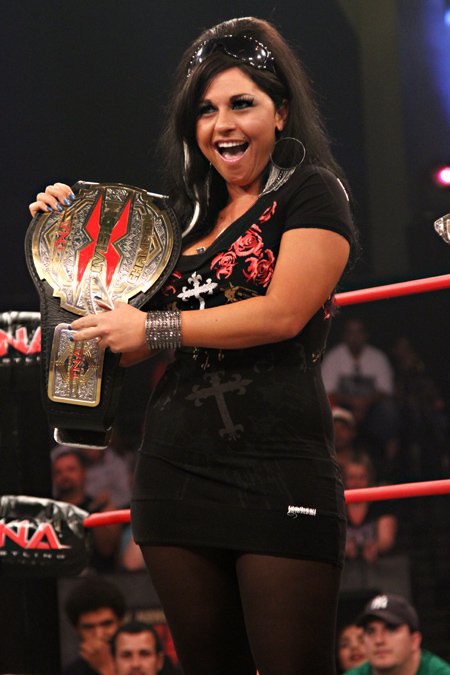 – In August 2003, Bayless made her ring debut in a match against Alexis Laree.
– On February 14, 2004, Bayless was in the corner of Simon Diamond and Matt Striker as they defeated Mikey Whipwreck and Wayne in Bethpage, NY to capture the USA Pro Wrestling Tag Team title.
– In August 2010, TNA signed Bayless and adopted the name Cookie.
– After working with Robbie E., TNA cut Bayless in 2011.